La Princesa to the Princess: Beating the heat in sweltering Arizona 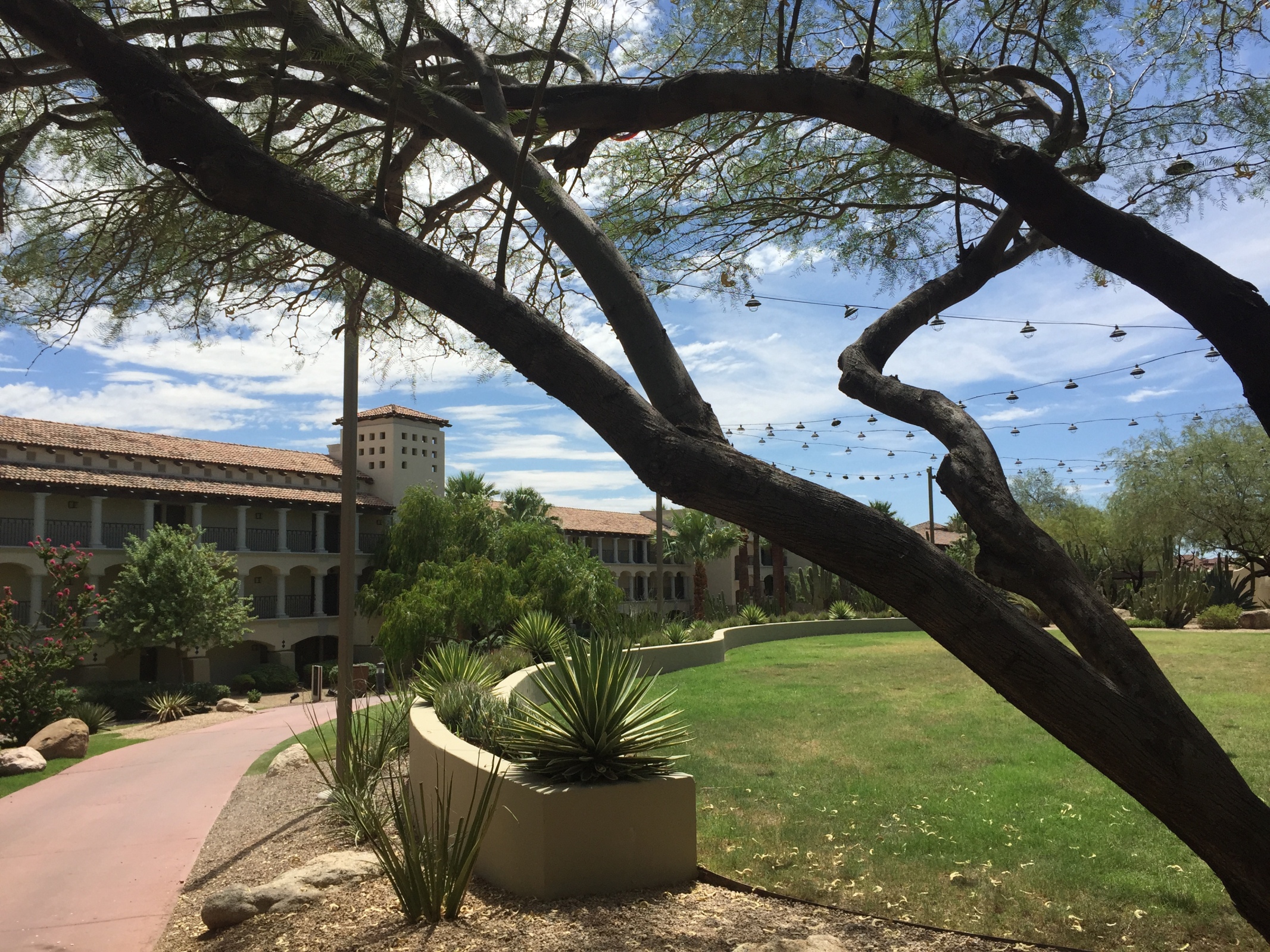 As a long-time resident of Arizona, I know that these are the dog days of summer. As August rolls along, it seems that Phoenix is in a continuous heated battle with Palm Springs, Calif. for the dubious honor: Hottest spot in the country.

In recent days, Phoenix has logged in at 117 degrees Fahrenheit. For those who’ve never experienced it, 117 is an oven-like, oppressive heat that melts asphalt, turns steering wheels into blistering rings of fire, and gives the streets of Arizona’s largest city the feel of an abandoned movie set. Northern Arizona is marginally cooler, but still sweltering.

Still, with the heat comes SOME perks. Everyone in the state seems to know a few secrets for beating the heat, and most of them involve water (in addition to the obvious – air conditioning!).

For me, the hot season typically conjures up two retreat options: a Phoenix resort (preferably with an awesome pool), or a Mexican beach. For those willing to brave the heat, Phoenix’s high-end hotels are usually a super bargain from Memorial Day in May through Labor Day in September, making out-of-reach resorts suddenly affordable. As for Mexican beaches, the locale of choice for much of Arizona is Puerto Peñasco (Rocky Point), just an hour across the Arizona/Sonora border.

This summer, I combined both in one trip, and it was wonderful. It also allowed me to do a side-by-side comparison of the two summer-retreat options. Here’s how the two experiences, including the Fairmont Scottsdale Princess and Princesa de Peñasco, stacked up:

Then, there are the pools. The Fairmont has five, and each seems to have its own vibe. The splash pool was kids-central, and everybody seemed to be having a great time on the waterslides and at the after-dark disco party. We gravitated to the east pool, which was near the splash pool but seemed a world apart – its cool, sparkling water lined with colorful flowers. The south pool, which had a bar and cabanas, seemed to attract the young adults.

I liked the laid-back feel at the east pool, and when we returned after dark, the atmosphere was downright decadent, with the lighted palm trees swaying in the warm breeze. We didn’t get to the other two pools, but really, what’s not to love about a rooftop pool or a casita pool?

Our room was also a delight, with a shady patio looking onto a grassy area. 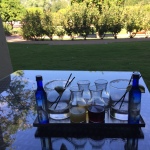 The hotel sent over a lovely amenity – its deconstructed margaritas, which came with two salted glasses, two small bottles of tequila, and all the mixes necessary. A great way to end the evening on the patio.

The condo complex also has three large swimming pools, and although they were nice, they tended to get a little crowded, with kids playing games of catch and using giant squirt guns all around us. We did go in several times to cool off, but it wasn’t the relaxing experience I had hoped for. If you’re going to Rocky Point, the beach has to be the focus. In late July, when we were there, the waves were huge, and swimming was a bit difficult. Even so, I love long walks on the sand, and Rocky Point’s Sandy Beach is the perfect place for that. 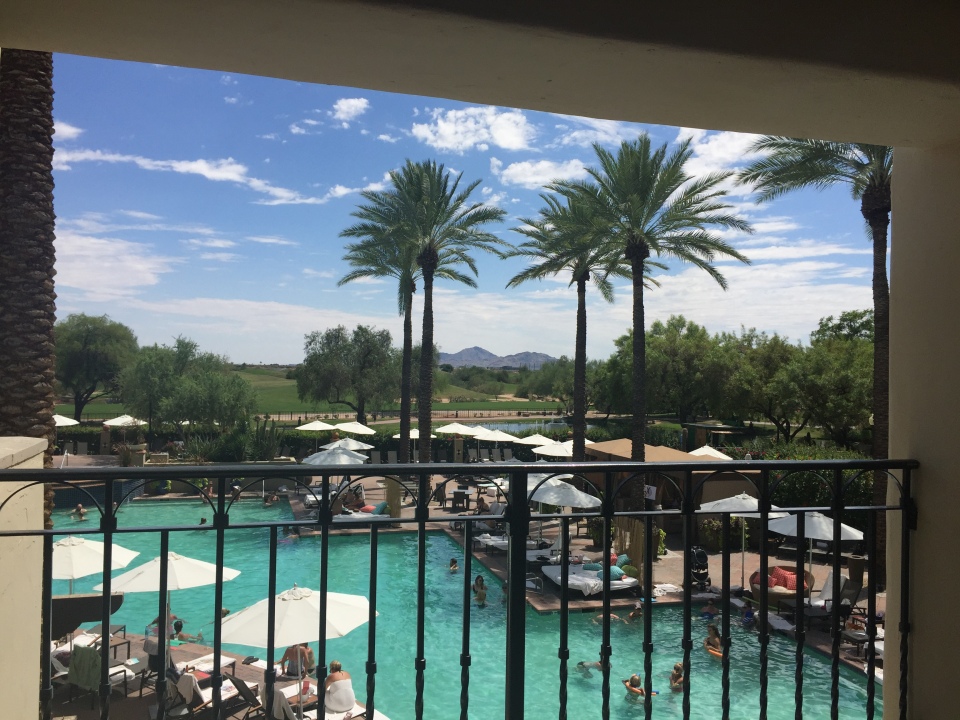 While we lounged at the pool, we were approached several times by the friendly young servers who were taking orders for snacks and drinks. The next day, several of servers were passing out cold watermelon wedges to everyone sitting at the pool – a nice touch on a scorching day.

To top things off, I got a late checkout on the Saturday of my departure, even though all of the rooms were full for that day. The woman at the front desk gave me an extra hour, and pointed out that I was welcome to stay “on property” as long as I wanted. I ended up spending several more hours at the pool before heading home.

My sister and I both love Mexican-style shrimp cocktails, which, unlike the American version, combine all of the seafood in a tart, tomato-based sauce.

To our disappointment, the menu at the Princesa’s restaurant listed “American-style” shrimp cocktails, so we skipped those, and found the authentic version in a small restaurant along one of Rocky Point’s dusty streets. We ordered the “small” size, and ended up getting a large tulip bowl filled with tender shrimp and octopus in a delicious red sauce.

Later, I tried a poolside shrimp cocktail at the Fairmont, and it was delicious, (large prawns on a bed of greens with two types of sauces) but I still preferred the little El Calamar Gigante (The Giant Octopus) in Rocky Point.

Overall, we had a great time at both (very different) resorts. When it came to quality of the stay, though, there was no question that the Fairmont excelled. If the ocean isn’t a priority, the Scottsdale Princess is definitely worth a try if you find yourself in Phoenix in August.

← But Oficial, I don’t have 1,000 pesos! The highs and lows of a road trip south of the border
Last-minute detours: The beauty of road trips →

2 Comments on “La Princesa to the Princess: Beating the heat in sweltering Arizona”