What I learned during 2 days in Yosemite: The do’s and don’ts 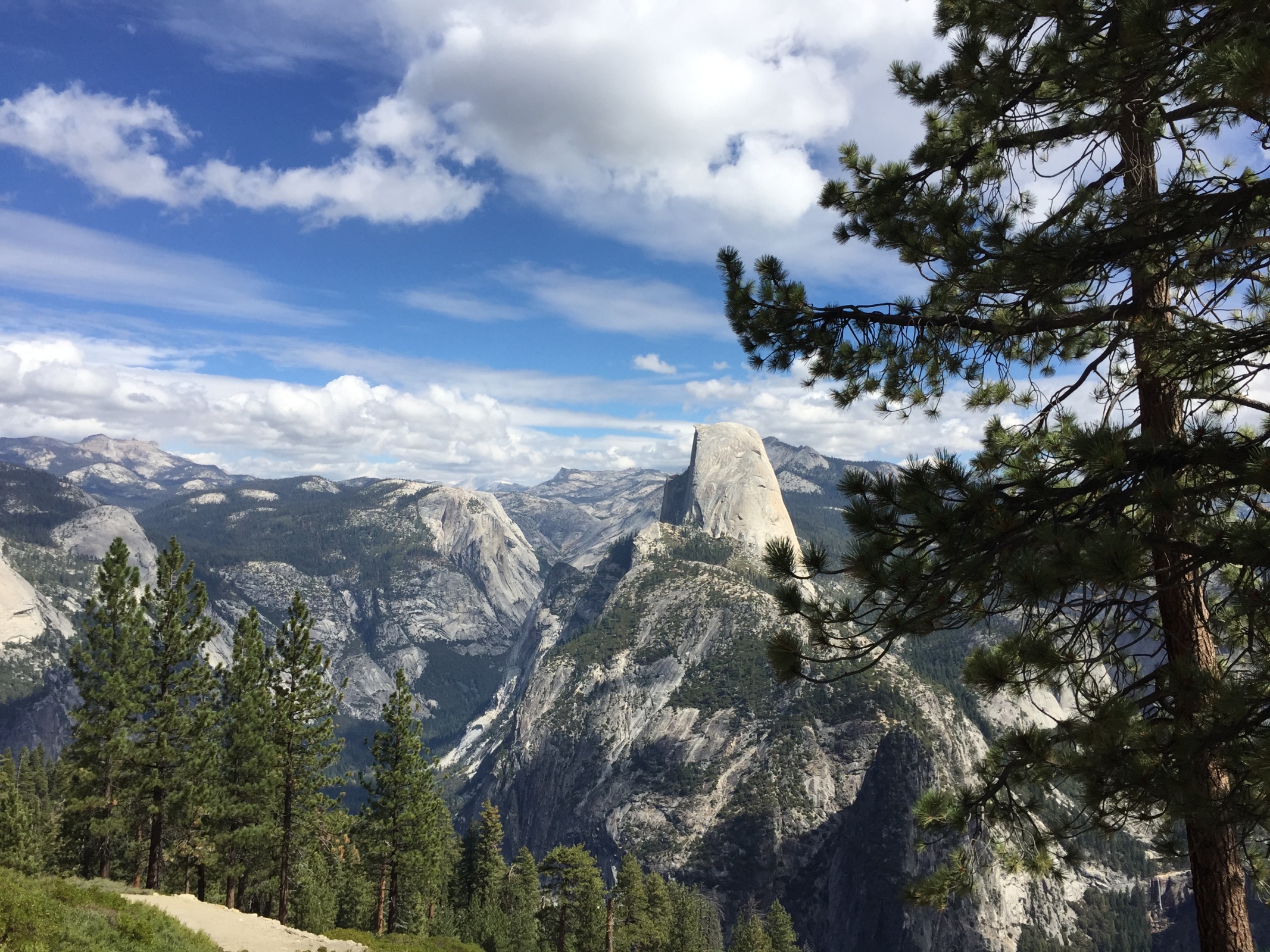 While researching my recent road trip to Yosemite, I came across a famous quote from Yosemite naturalist Carl Sharsmith. You know – the one about Sharsmith being asked how best to spend your time if you have only one day in Yosemite? And Sharsmith’s response about how he would “sit by the Merced River and cry” if one day was all he had?

Well, I was feeling pretty good about myself after reading this, because I had allotted TWO whole days in Yosemite – as a part of my whirlwind drive from my home in Arizona to Sonoma, California, via Yosemite.

Of course, I also read numerous online accounts from travelers who had spent some serious time – a week, a month, years! – exploring Yosemite, and felt they had barely scratched the surface.

So, I went in knowing I wouldn’t be able to see everything. Still, I wanted to take in the major sites: Half Dome, Yosemite Falls, Bridal Veil Falls, Tuolumne Meadow. I also wanted to do some hiking along the way.

I must admit that I didn’t have a real concrete plan for how I would accomplish these goals, but I thought I would figure it out along the way. I turned out to be half-right. I did see most of the things on my list, but I learned a few things along the way.

Here are some of the do’s and don’ts I learned from my big two days in one of America’s most iconic national parks:

The Lower Yosemite Falls hike and the Bridal Veil Falls hikes are both short, so they don’t take up a lot of time. Had I known about the lack of water, though, I could easily have skipped both and not missed out on too much.

I decided to go ahead with my plans anyway, and boarded the Yosemite Village park shuttle. Rain was still falling when I got off the shuttle at the Vernal Falls stop, but I started up the trail (along with a dozen or so other hikers) anyway. Soon, the rain had stopped, and we were in for some wonderful views of the damp trail and of the lovely falls. 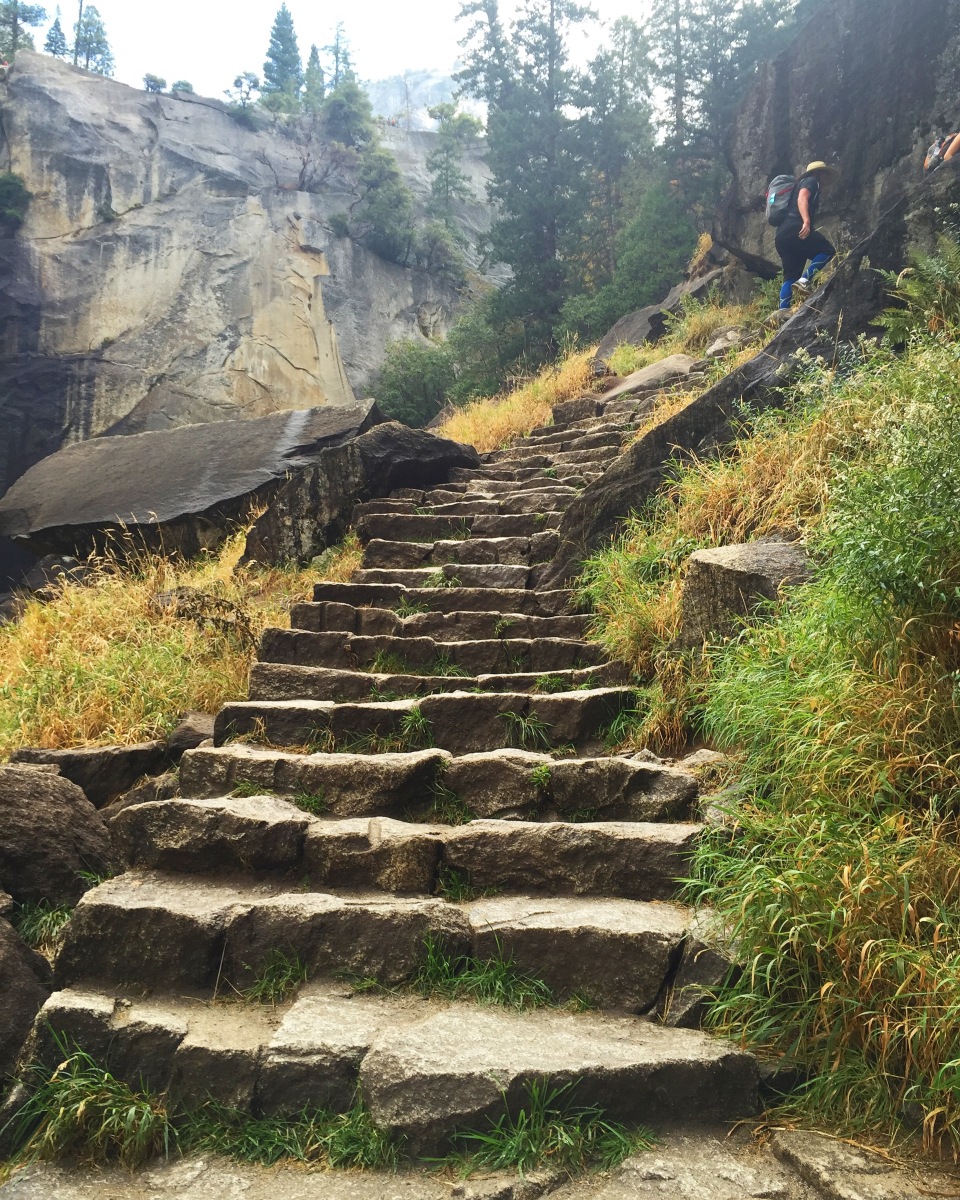 If I had had a little more time in Yosemite, I would have loved to keep going on the Mist Trail to Nevada Falls – another mile and a half up the trail. But it would have added several hours to my two-hour hike to Vernal Falls, and I decided there were other spots I wanted to see instead. Also, if you want to hike to the top of Yosemite Falls (which I didn’t do), expect a strenuous hike of 7.2 miles and 2,700 feet in elevation gain. Hiking Half Dome is even more extreme, and it requires a permit (only 300 per day). The hike is between 14 and 16 miles long, and involves a 4,800-foot elevation gain. 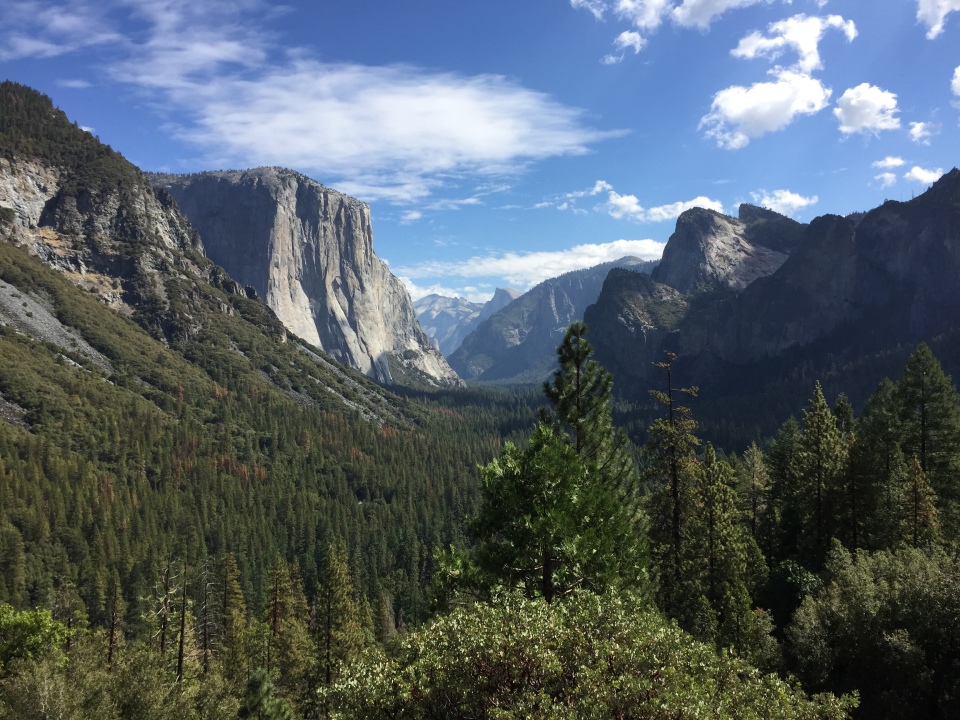 But if you go:

• Expect to be swamped with other tourists, and MANY other cars. I arrived at Glacier Point at about noon, after departing from Yosemite Village that morning. I’m not sure if it was the exact wrong time to get there, or if it’s always packed, but Glacier Point turned out to be a nightmare for parking. I was stuck in a slow-moving circle of cars, all waiting for someone to vacate a parking place. It was the luck of the draw, and I didn’t get a space, so I exited and backtracked a bit and parked along the road. It made for a steep and slightly hazardous walk along the road back to Glacier Point, but it worked. I would suggest taking the first parking place you see as you approach Glacier Point, and just hoof it from there.

And along the way, don’t expect to have a lot of solitude. The major viewpoints are likely to be clogged with people, all taking in those gorgeous views.

And that brings me to yet another point … 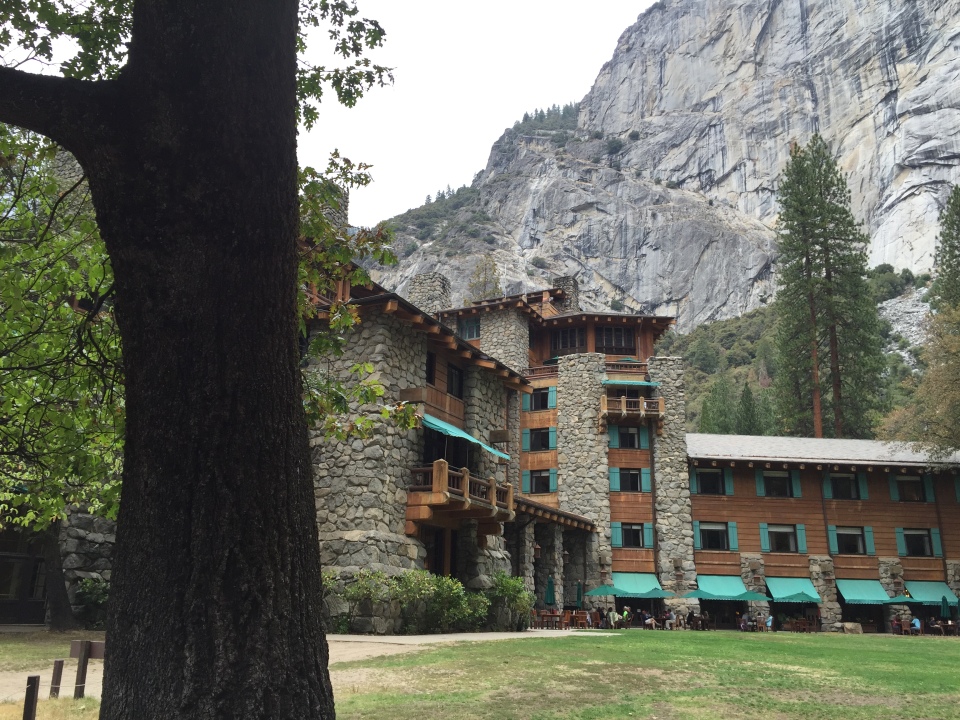 And one final do:

If I were to make a return trip to Yosemite, I would have a few different priorities: I would spend a night in Tuolumne Meadow; I would plan to do at least one of the really big hikes – perhaps Yosemite Village to Glacier Point (9.6 miles round-trip, 3,200 feet elevation gain) or the Nevada Falls hike, via the John Muir Trail; and I would budget to stay a night or two at either the Ahwahnee or Wawona Hotel. They’re both pricey, but their historic luxury would be a nice treat after the strenuous hiking!