Why is everyone smiling? The magic of Iceberg Lake

This from a complete stranger deep in the mountains of Montana.

I didn’t miss a beat. “Amazing,” I responded.

Considering the surroundings, our mutual effusiveness didn’t seem strange in the least. At that moment, we were passing through a meadow bordered on each side by hundreds of beargrass blooms. The spiky white flowers cascaded down the valley on one side and up the mountain slope on the other. For a moment, I felt transported to a 3-D scene from “Avatar.”

We weren’t the only happy hikers. Although I passed by a few who were struggling with the fairly strenuous hike, most of the people I encountered appeared a little astonished at their good fortune.

It was my first trip to Glacier National Park, and to say I was impressed with the hiking trails is a bit of an understatement. I ended up doing the Iceberg Lake Trail twice, and I enjoyed it even more the second day.

The great views just didn’t stop. After a steep section just above the trailhead at the Swiftcurrent Lodge, the trail opens up with startlingly close-up views of nearby peaks, Grinnell, Swiftcurrent, and Wilbur. Wildflowers of all hues vie for attention. Along its nearly five-mile route, the trail transitions from sweeping views to dense vegetation, and back to open views again. 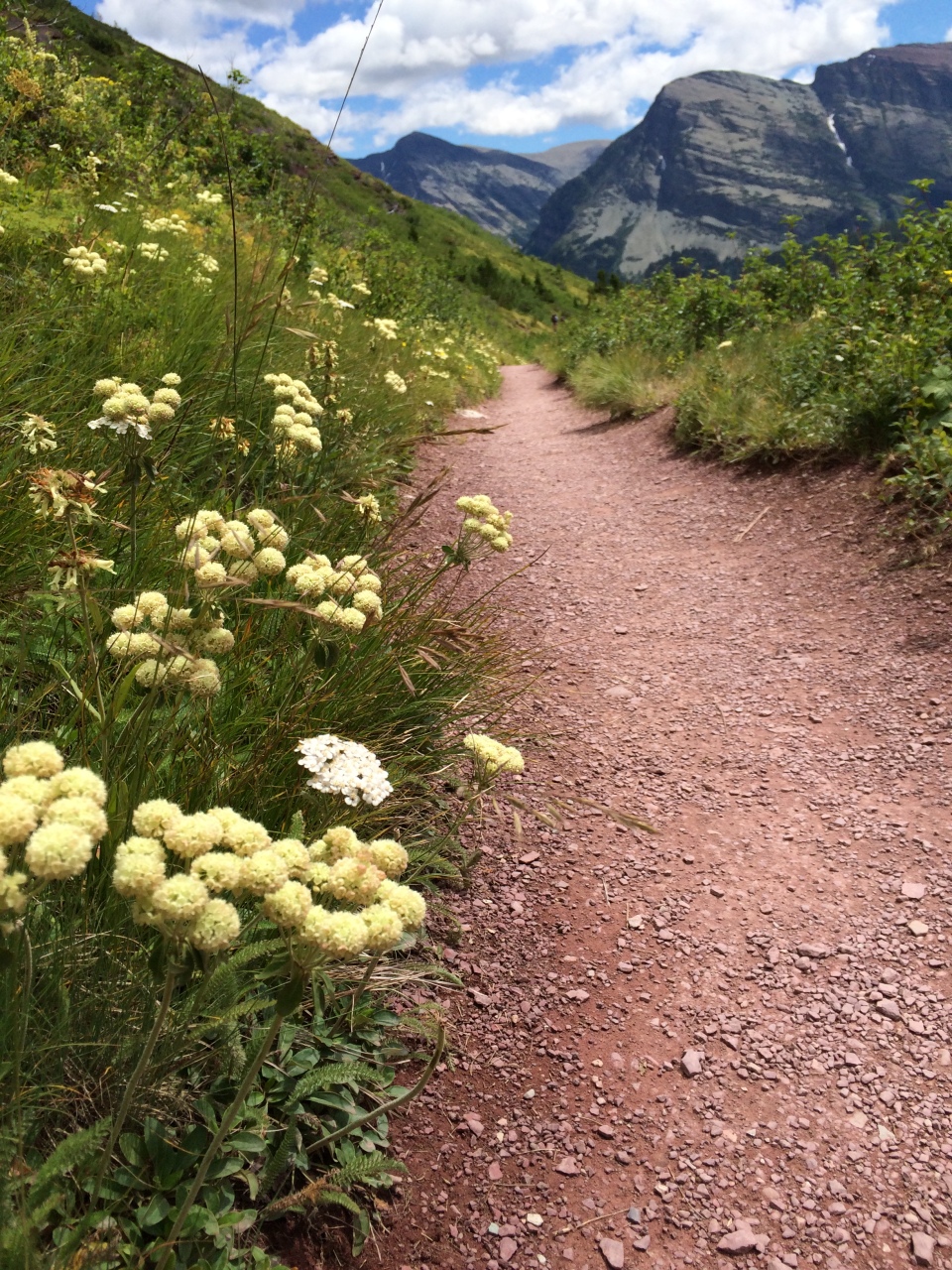 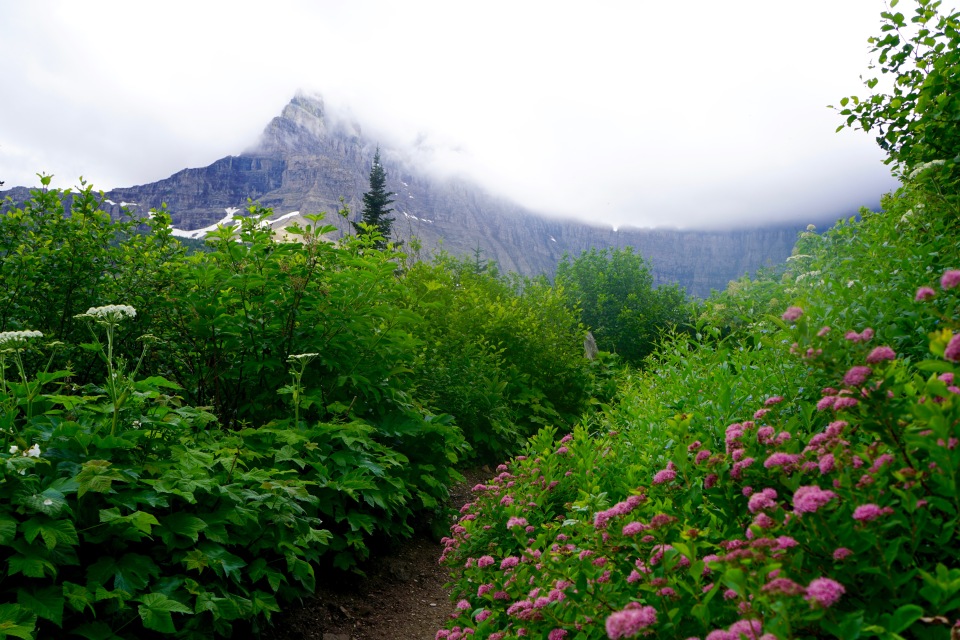 The trail was fairly busy on the days I hiked, but I still felt a little isolated through the forested areas – especially considering the warnings I had heard about the Iceberg route being prime bear country. Most hikers were wearing bells to ward off the bears, and I took to clapping loudly through the treed areas.

I didn’t spot any bears along the way, although other hikers pointed out moose, mountain goats, and grouse in the distance.

About halfway along the route, the trail crosses the beautiful Ptarmigan waterfall – a lovely spot to stop for a rest – and soon after, the fields of beargrass come into view. 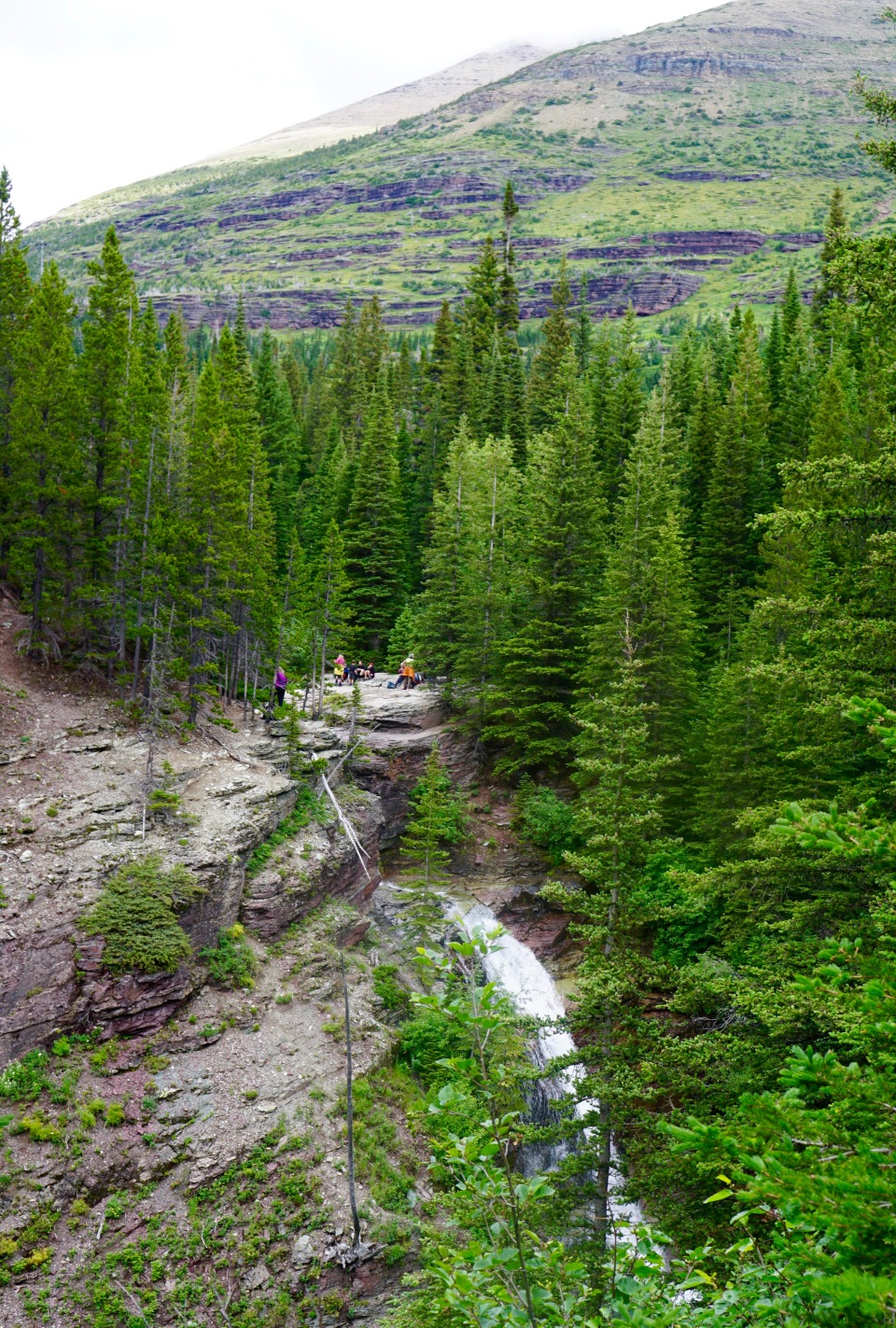 At just under five miles, the trail rises toward the snow-covered cirque that surrounds Iceberg Lake. After passing over a ridge, the lake comes into view. When I visited in mid-July, small bergs of ice floated on the surface – a lovely contrast to the blue-tinted water from the glacier. I arrived at about noon, and the boulders around the lake were fairly crowded with hikers eating their lunches. 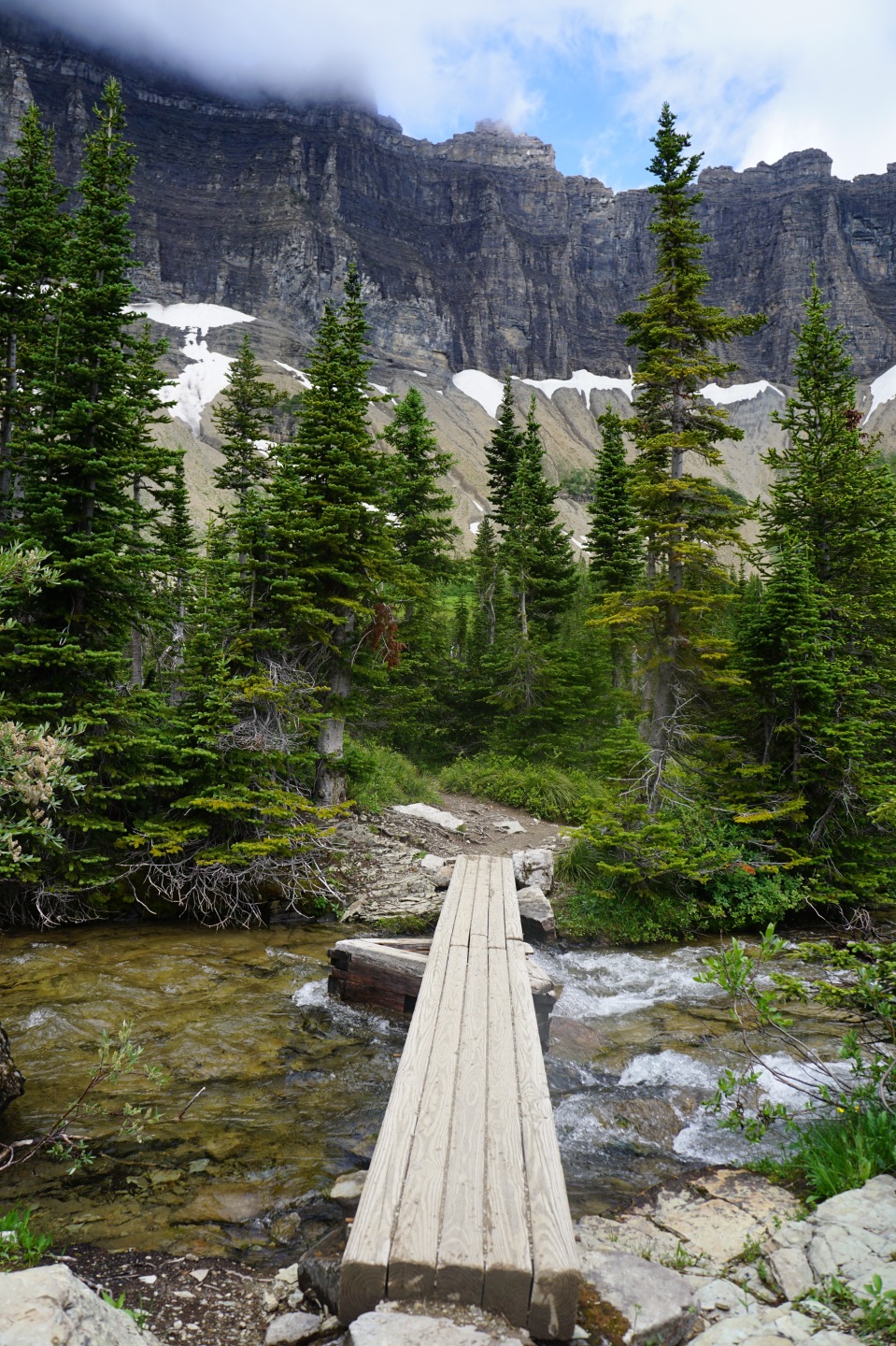 The park offers ranger-led hikes to Iceberg Lake most summer days, and I had intended to join one of those groups. But after arriving a little late on the first morning, I set out on my own, and I thoroughly enjoyed the solo hike.

The trail is rated as strenuous, and there are sections that are steep. Overall, it climbs about 1,275 feet. And at nearly 10 miles round-trip, the route is fairly long. But in terms of payoff vs. effort, I would say Iceberg Trail is a splendid bargain. 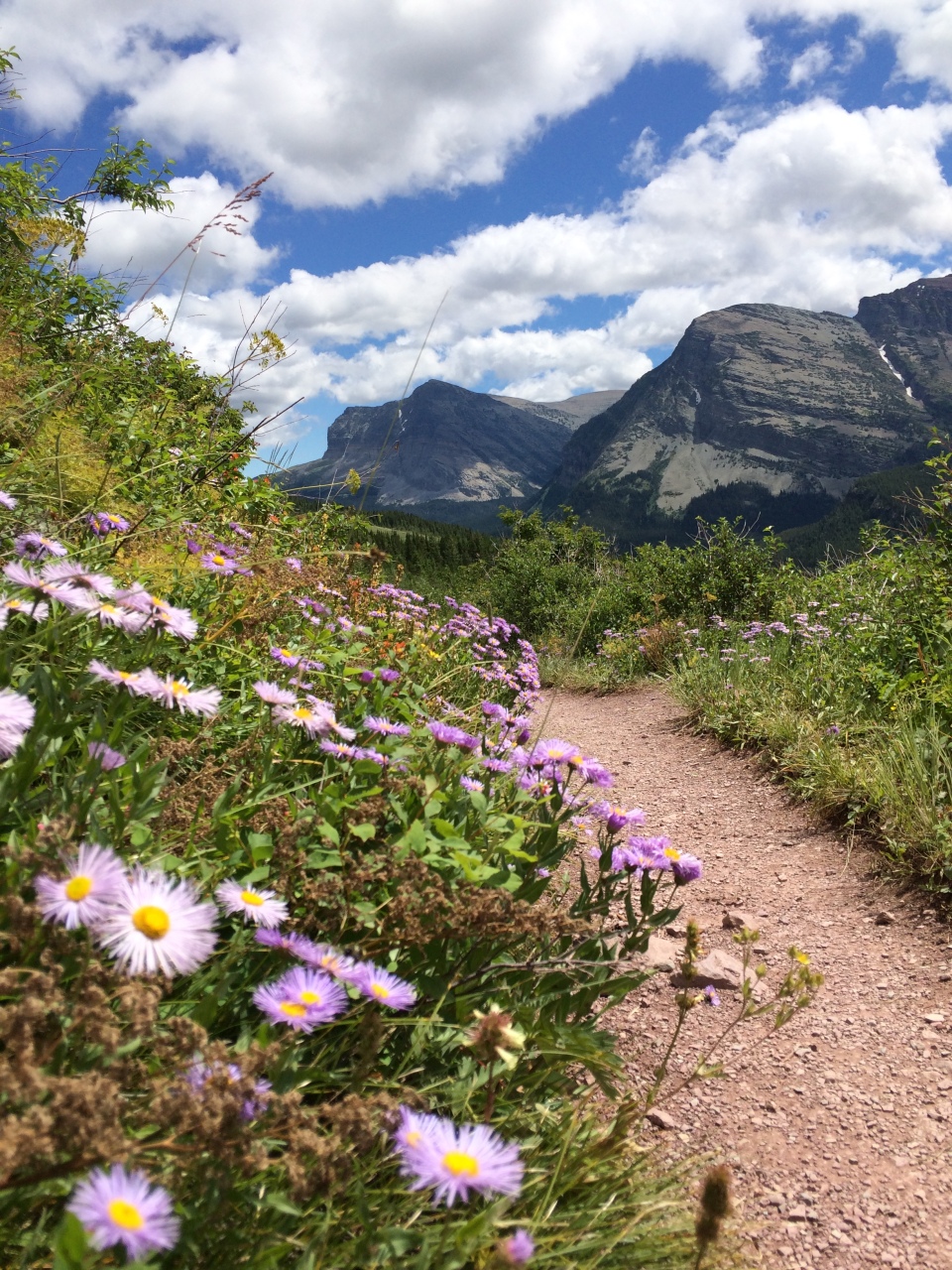 5 Comments on “Why is everyone smiling? The magic of Iceberg Lake”