There are a few things you’ll probably know before heading to the Czech Republic. The beer will be plentiful, delicious, and inexpensive. Prague’s Charles Bridge will make your jaw drop. And the castles will be splendid.

All of these assumptions will hold true. No visitor could possibly be disappointed, for instance, by the enormous selection of beers. Every town seems to have one of its own, and yes, it’s sometimes cheaper than water.

And the Charles Bridge? The ubiquitous photo shoots speak for themselves.

Towering over it all is Prague Castle, which can be described only as breathtaking.

Suffice it to say that Prague will not disappoint. An early morning stroll through the ancient city’s Old Town will fill your soul. 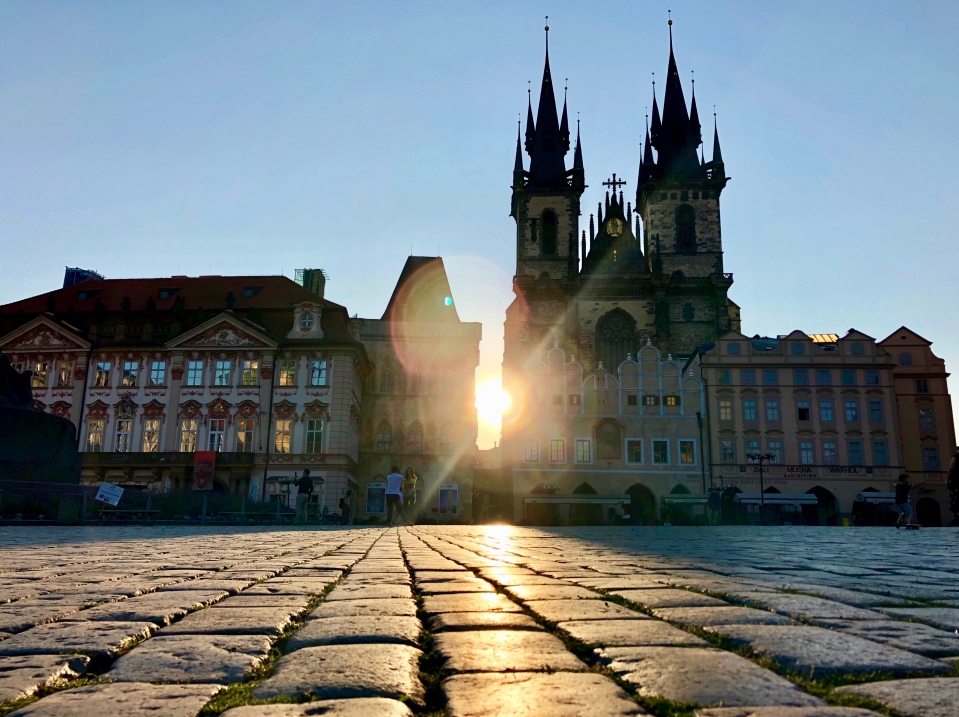 A beam of sun shines through the Church of Our Lady Before Týn at sunrise in Prague’s Old Town Square.

Still, Prague’s attributes aren’t exactly hidden gems. You will be sharing the bridge, the castle, and the spires with throngs of other tourists – many of whom will never step foot outside the country’s resplendent capital. National tourism officials estimate that as many as 80 percent of tourists who visit the Czech Republic do not venture beyond Prague.

And that is a shame. Because on a recent trip through south-central and eastern Czech Republic, I found so many delights that added to the sweetness of my visit. From flowers to food, and from culture to views, the Czech countryside took me by surprise:

Regardless of the community, flower boxes overflowing with colorful geraniums, seem to be everywhere in the Czech Republic.

I loved the bright spots of color that the flowers brought – everywhere from the cobblestone streets of Štramberk, to the twisting alleys of the UNESCO-designated Jewish Quarter in Třebíč, to the courtyard of Ostrava’s medieval castle.

The route through the Jewish Quarter in the Třebíč is lined with flower boxes. The neighborhood, one of the best preserved Jewish ghettos in Europe, is listed as an UNESCO World Heritage site.

The colorful grounds of the Silesian Ostrava Castle

2. Potatoes, so many ways

Mashed, alongside traditional beef goulash, steamed and served with fried cheese and salad, or as an accompaniment to golden-crispy chicken schnitzel, potatoes are a delicious mainstay in Czech cuisine. 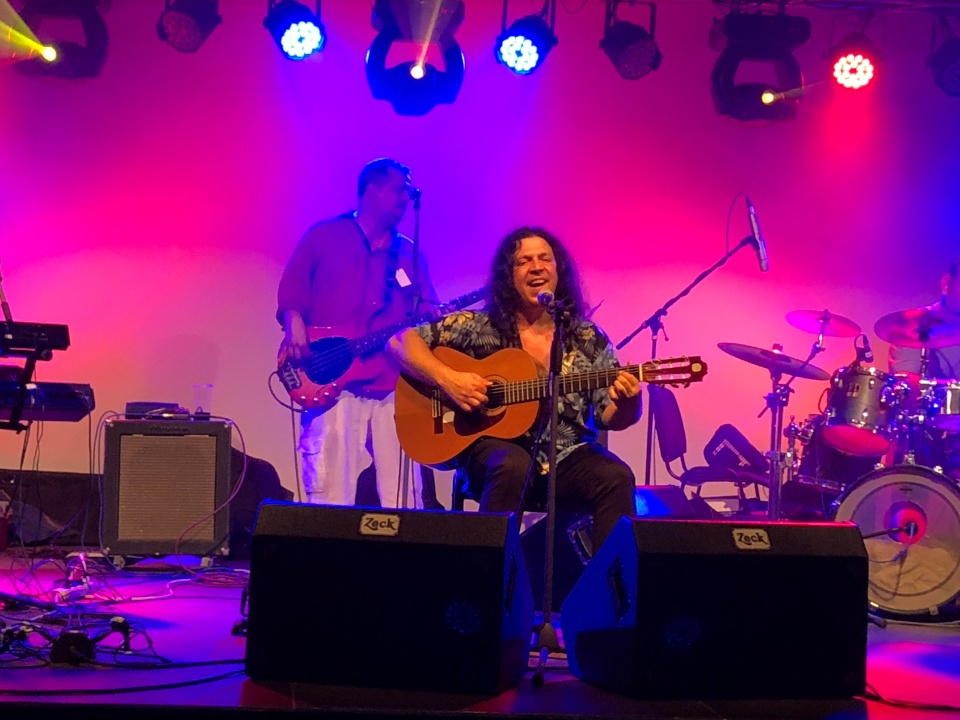 A Czech-Cuba connection – who knew? After a night on the town in Telč, my group was surprised to hear Latin music coming from a park across the street from our hotel, the historic Hotel U Hraběnky. We investigated, and found a large crowd dancing to the sounds of Cuban band Atares.

It turns out that the Czech Republic has a cultural connection with Cuba that dates back to the days of Eastern-Bloc communism. 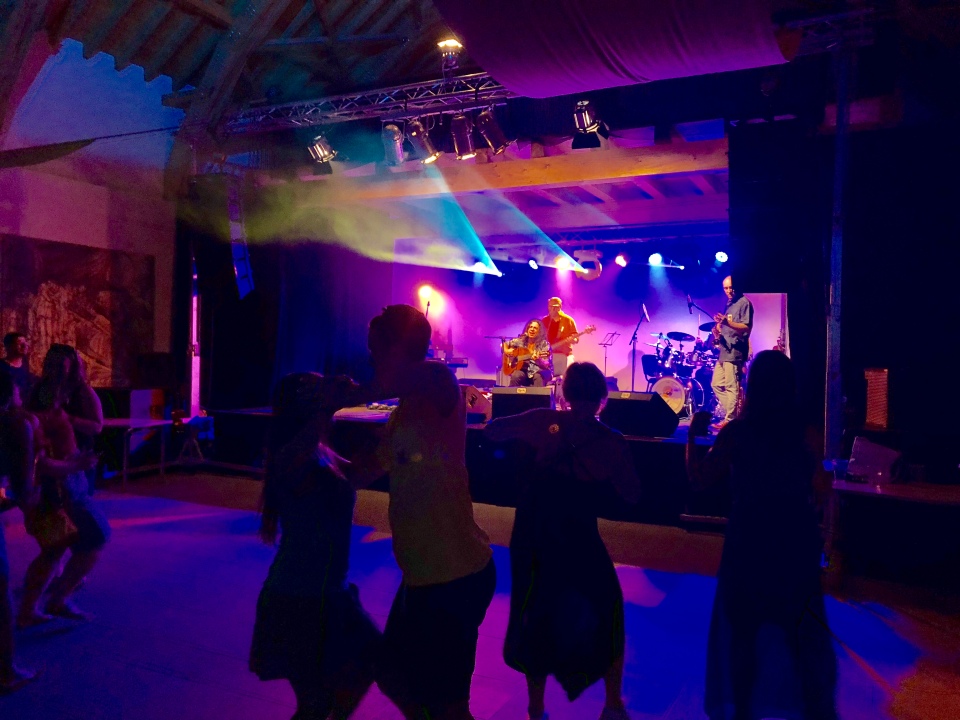 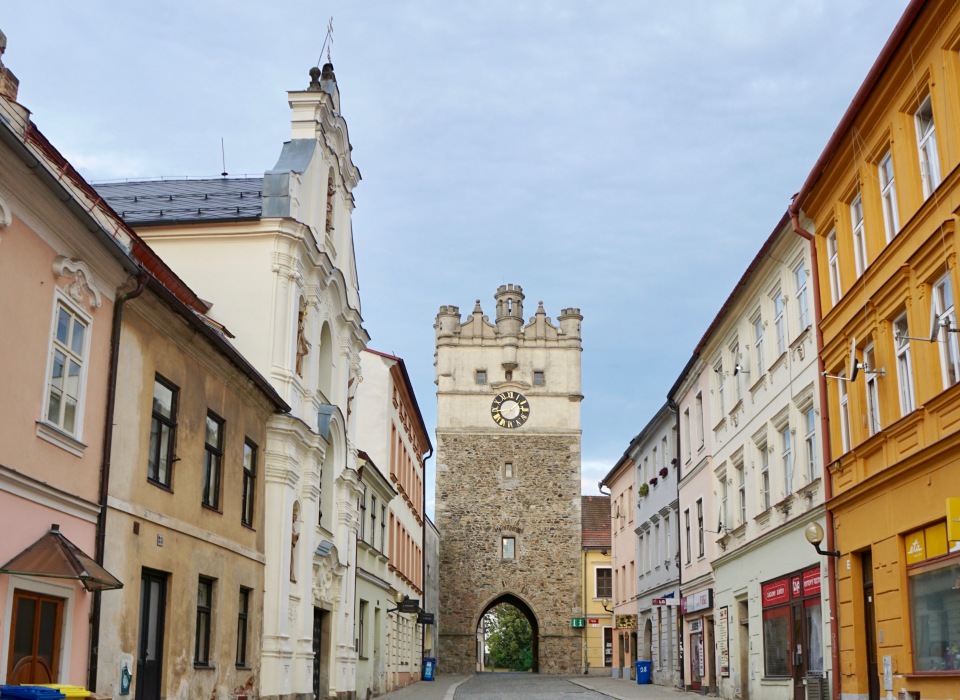 The Gate of Holy Mother tower in Jihlava

The Štramberk Castle, with its stunning tower, was founded in the late 13th century

If Prague is the city of 100 spires, then the Czech Republic is surely the country of 1,000. Every town in the countryside of the Moravian-Silesian and Vysočina regions seems to have a tower of its own.

Along with serving as pretty focal points from street level, a climb to the top will provide some of the best views around.

View from Tower and Church of the Holy Spirit in Telč. 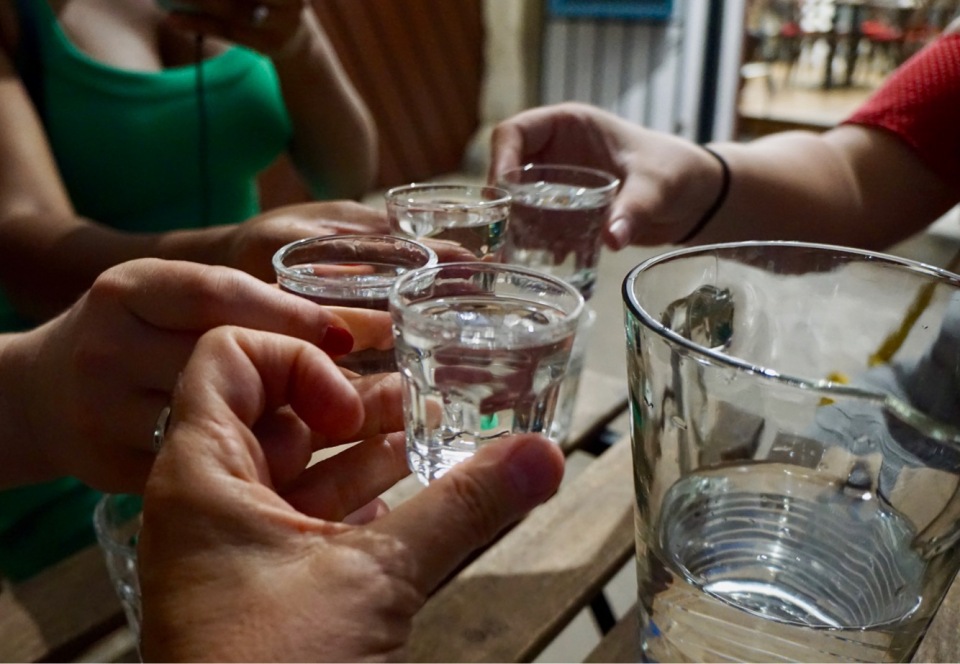 We had heard the stories of the Czech Republic’s traditional liqueur, Zufanek slivovice for days. Throughout our media tour in the Czech Republic’s Vysočina Region, my group was on a quest to taste the premier plum brandy, and we finally found it in a little cafe in Telč. Let’s just say the smooth, jammy taste was a hit with my group. Na zdravi!

The town square in Nový Jičín, located in the Moravian-Silesian Region.

Telč’s charming town square is so well-preserved that it was designated a UNESCO World Heritage site. 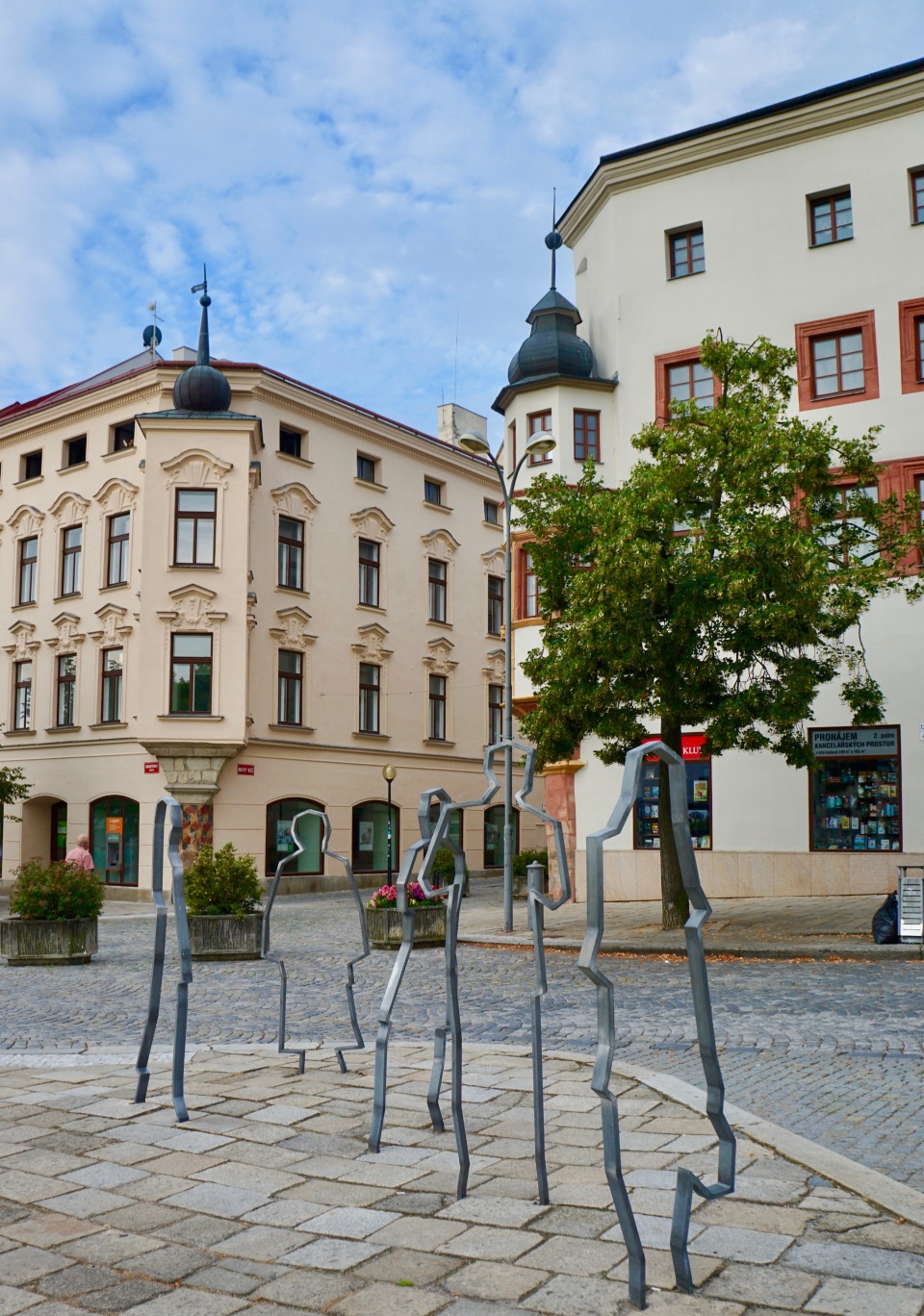 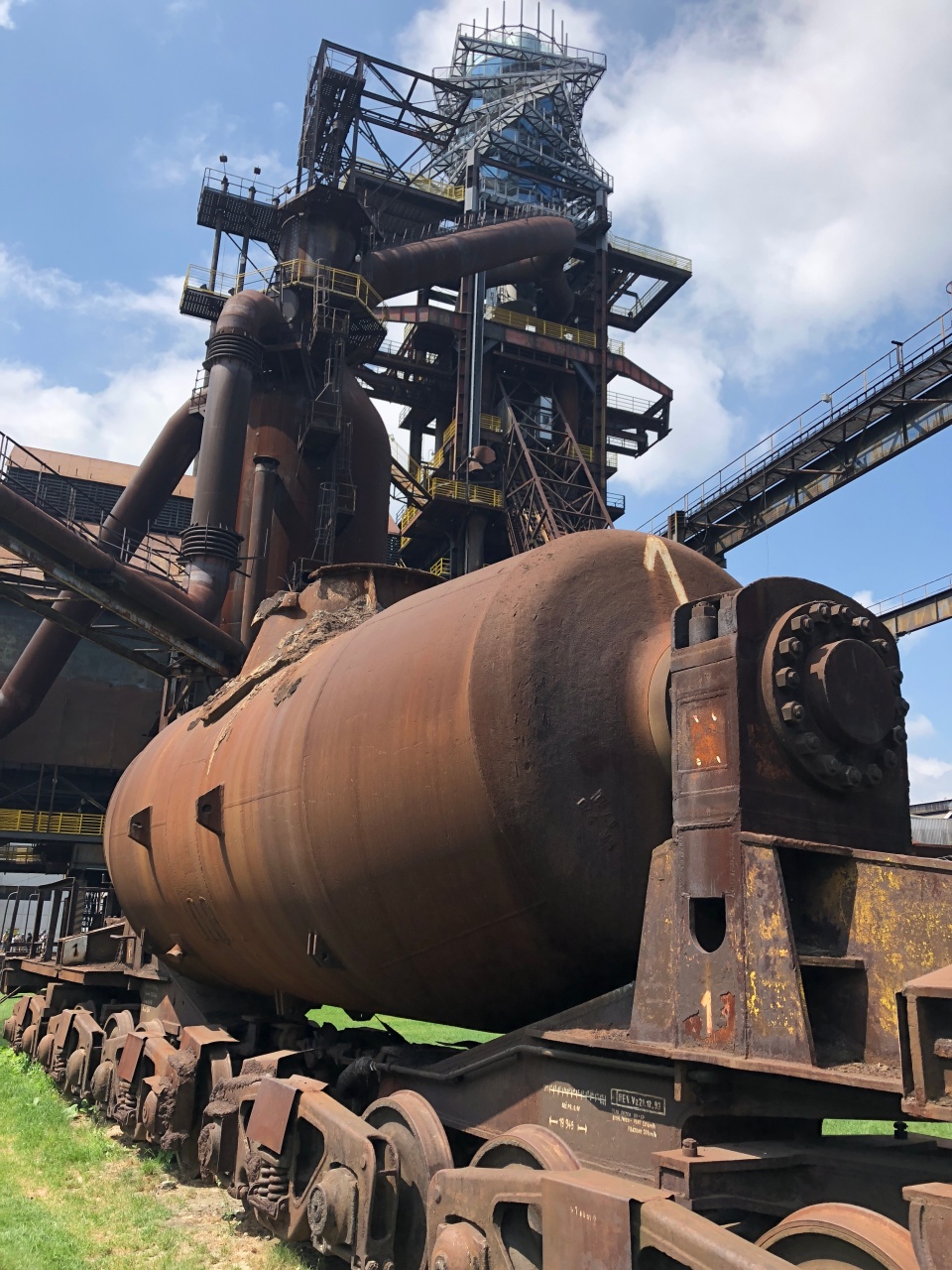 Ostrava, located near Czechia’s eastern border with Poland, is known for a number of things. Perhaps the most surprising is the town’s connection with Usain Bolt, the world champion and Olympic gold-medalist sprinter from Jamaica.

Commemorating Bolt’s fondness for the Czech city – his home away from home – is the Bolt Tower, a truly amazing 256-foot-high tower that takes visitors to the top of what was once the blast furnace for the Lower Vitkovice mining complex. 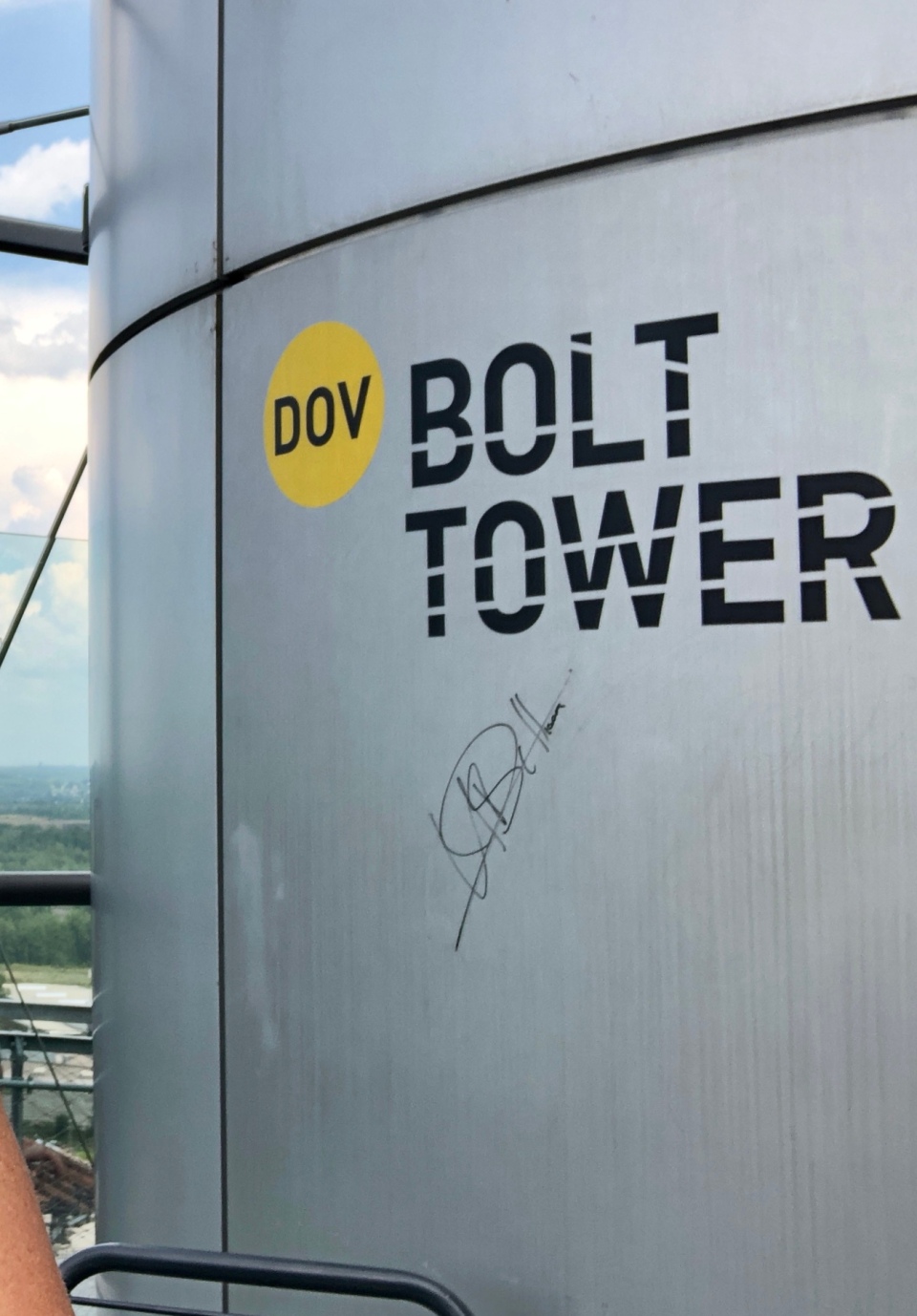 Of course, depending on individual interests and itineraries, a trip through the Czech Republic will yield many more than seven great surprises. Watch for future posts on the spas and hiking, traveling through the area as a mature solo traveler, the fascinating and stunning town of Třebíč, and the food.

Disclaimer: During portions of my trip in the Czech Republic, I was a guest of Czech Tourism. But my views are my own, and my post reflects my personal views.

Posted on September 24, 2018 by nearandfaraz