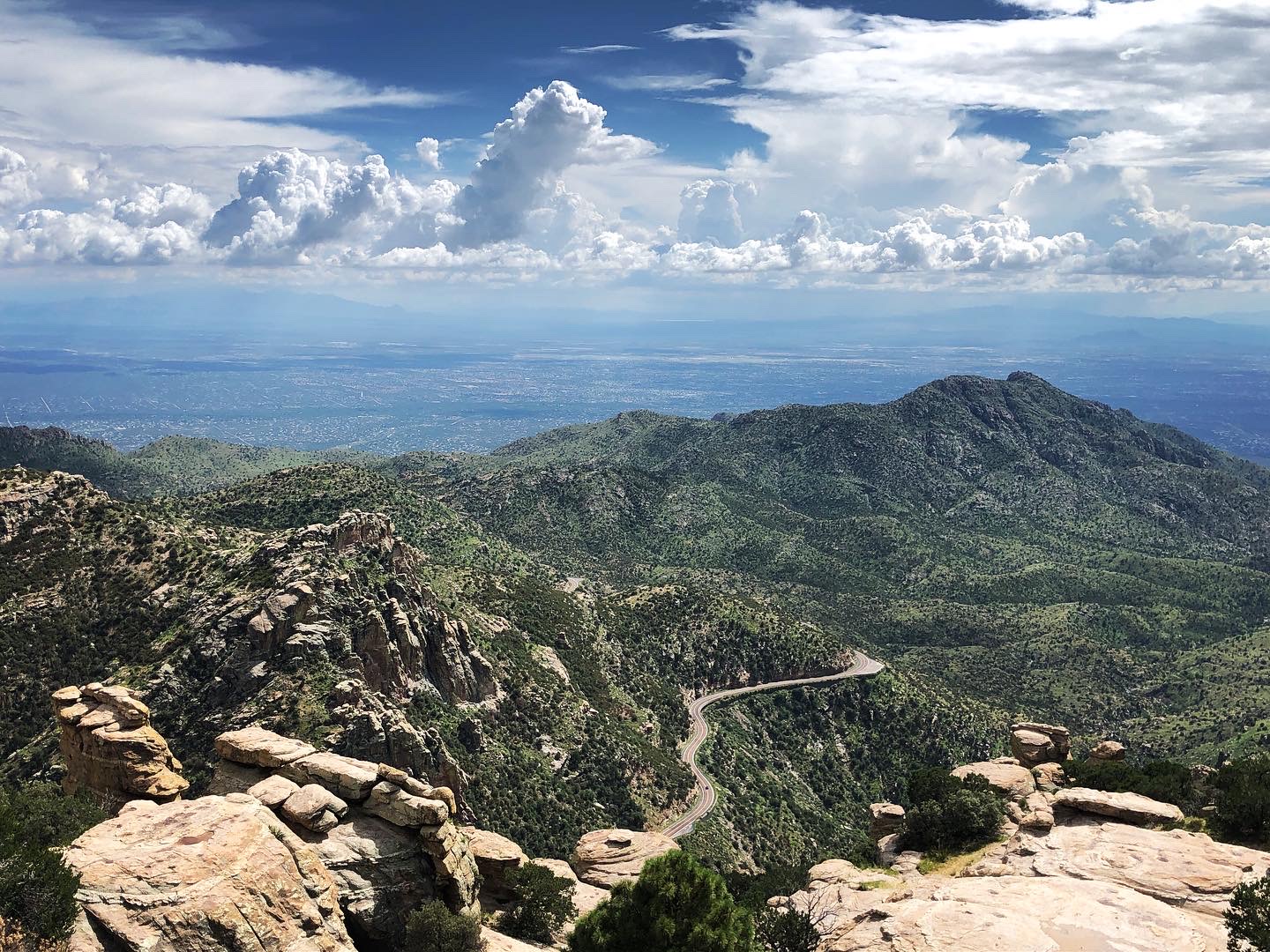 When it comes to travel, there are few greater pleasures for me than the sight of an open road, the realization that I’m in complete control of the route, and the wonderful feeling of not knowing what the next curve in the road might bring. After years of smiling every time the Willie Nelson song On the Road Again or Tom Petty’s Runnin’ Down a Dream plays on the radio, it’s safe to say I’ve always had a soft spot for road trips.

Still, up until a couple of years ago, my road trips were mostly limited to short day trips or multi-stop cross-country vacations when flying wasn’t practical.

Then came 2020 and 2021. All of a sudden, during the COVID-19 pandemic, road trips became the only safe and sensible travel option available to me.

As the months passed, I decided to lean into the road trip idea. Over the past two years, I’ve spent dozens of hours in my car, driving the interstate highways and little byways of the Southwest.

Although I ventured out-of-state for a few trips, it was in my home state of Arizona where I focused much of my road-trip attention. I found that even though I’ve lived in the Grand Canyon State for more than three decades, there were still plenty of places to discover – from the lofty San Francisco Peaks of Flagstaff to the green valleys and creeks of the White Mountains, and from the craggy rocks of Oatman to the stands of organ pipe cactus of Ajo.

After spending two years criss-crossing the state, I’ve become convinced that Arizona offers among the best road tripping in the country.

Here are my greatest hits from the AZ road.

The desert oasis of Tucson and cool mountain town of Summerhaven are both worthwhile destinations in their completely distinct ways, with many things to discover. But it was the 27-mile drive along the Sky Island Scenic Byway (also known as the Catalina Highway Scenic Drive) between the two southern-Arizona communities that left the biggest impression during my recent southern Arizona road trip.

In Tucson, you get a big-city vibe set amidst the gorgeous Sonoran Desert, and in Summerhaven, the atmosphere switches dramatically to a small-town forest retreat set high atop the 9,157-foot-high Mount Lemmon. The spectacular road between the two beautifully showcases the transition from one type of terrain to the other. In fact, the route is sometimes described as being the equivalent of traversing from the deserts of Mexico to the mountains of Canada in one short, steep drive.

Considering that you climb more than 6,000 feet in elevation, the drive can be a bit white-knuckle in places, but it is always gorgeous. I did the trip in late summer of 2021 in the midst of an unusually rainy monsoon season, so the terrain was especially lush. Along the way, I was treated to huge vistas of the Tucson Valley’s saguaros and ocotillos, before the dramatic transition to fields of ferns and wildflowers at the top of Mount Lemmon.

Highlights of the trip: I would suggest stopping at as many of the overlooks along the scenic route as you can. But if you only have time for one or two, the Windy Point Vista is a not-to-be-missed stop for its sweeping views, and the Geology Point is also a great stop for its closeup look at the rock spires known as hoodoos.

Although the 130-mile drive from Flagstaff to Page on Highway 89 offers a wonderful mountain-to-high-desert experience, this is a trip where I believe the detour is king.

To make the most of the trip, I suggest branching off to take in such nearby attractions as the Sunset Crater Volcano National Monument, the historic trading post town of Cameron, the road through Marble Canyon, and the Navajo Nation town of Tuba City.

Starting out in the high-altitude university town of Flagstaff, there is plenty to take in, from the historic downtown to the winter sports available at the ski resort of Arizona Snowbowl.

Page offers something completely different, with its iconic views of the Colorado River at Horseshoe Bend, as well as proximity to Lake Powell, a manmade body of water that lies within the red rocks of the starkly beautiful Glen Canyon National Recreation Area.

Highlights of the trip: Along with taking in what Flagstaff and Page have to offer, I recommend detouring onto Highway 89A about 105 miles north of Flagstaff toward Marble Canyon to take in the gorgeous Vermillion Cliffs, long stretches of lonely highway, and the 1920s-era Navajo Bridge over the Colorado River. If you have the time, continue on to the North Rim of the Grand Canyon – a truly extraordinary national park experience.

The drive between Arizona’s second-largest city of Tucson and its ominous-sounding desert outpost of Tombstone might just be the ultimate in Old West road trips. Not only do you have Tucson’s classic saguaro-and-tumbleweed terrain, but you also have Tombstone’s O.K. Corral, the site of the West’s most notorious shoot-out.

At nearly 1 million population, Tucson has much to offer – both as a big city and as home to perhaps the nation’s most beautiful desert park – Saguaro National Park. The city, which is just an hour’s drive north of the U.S./Mexico border, also lays claim to some of the best Mexican cuisine of the Southwestern U.S. and bills itself as having the The Best 23 Miles of Mexican Food in the country.

Tombstone, on the other hand, is the quintessential Wild West desert town, with its infamous Boothill Graveyard, its rowdy saloons and ranch-style cuisine, and the spot “where they fell” – the site of an 1881 gunfight involving the Earp brothers (Wyatt, Morgan, and Virgil) and an outlaw gang that included the Clanton and McLaury brothers. The gunfight, which resulted in the death of three men and injuries to three others, is said to have taken less than a minute. Still, the event has lived on through the decades in numerous movie and TV depictions.

A direct drive between the two communities takes just a little over an hour, but it pays to take a few detours to southern-Arizona delights such as the wine country in Sonoita, the Kartchner Caverns State Park near Benson, and the historic mining town of Bisbee.

Highlights of the trip: For me, a couple of under-the-radar locations turned out to be high points of the trip. In Tucson, I loved camping in the beautiful Catalina Mountains State Park, and in Tombstone, I was fascinated by the Tombstone Courthouse State Historic Park.

If you’re on the hunt for a rugged desert scene, there are few better places than the stretch of Route 66 southwest of the Interstate 40 community of Kingman, through Oatman, and on to Topock.

In Kingman, you’ll find a city center with a retro feel, where the town’s Route 66 history is fully embraced. Be sure to take some time to walk through the downtown, stopping at such attractions as the 1907-era Atchison, Topeka & Santa Fe Railroad Depot and the Historic Kingman Powerhouse, where you’ll also find the excellent Arizona Route 66 Museum.

Upon driving into Oatman, you will immediately learn that the burros (donkeys) rule. The quaint old mining town is known mostly for the wild burros that wander its streets, stopping traffic and delighting visitors with their antics. Oatman also features plenty of quirky shops, western saloons, and mining relics to keep visitors busy for a several-hour stop.

Continuing on the original stretch of Route 66 southwest of Oatman, you will soon come to the little Colorado River town of Topock, where the fun Topock66 Restaurant, Bar Riverstore offers a breezy patio, a swimming pool for cooling off on warm days, and great views of the river.

Highlights of the trip: Of course, the burros are the main highlight on this road trip, but there is also the stunning desolation of the terrain as Route 66 traverses the unusual rock formations and massive valleys of the desert.

Moving to the opposite side of Arizona, near its eastern border with New Mexico, you will encounter the splendor of the White Mountains, which include the pretty towns of Show Low, Pinetop/Lakeside, Greer, and Springerville.

To get the most out of a White Mountains road trip, I recommend beginning in Show Low, heading southeast on Highway 260 toward Pinetop/Lakeside, continuing through the forested enclave of McNary, and then detouring southeast onto the scenic Highway 273 toward the Sunrise Park Ski Resort and Big Lake.

In winters with plentiful snow, the skiing and snowboarding in Sunrise is known to rival ski resorts all over the Southwest. The resort also boasts amazing mountain scenery, with sweeping views of the surrounding valleys.

Continuing on Highway 273, you will come to Big Lake, a 575-acre body of water that is a part of a beautiful recreation area with numerous camping opportunities.

After returning to Highway 260, a White Mountains road trip should also include a detour onto Highway 373 to get to the lovely little mountain town of Greer, where you will find green valleys, babbling creeks, and lodges and with an alpine vibe.

Highlights of the trip: The White Mountains region is home to the Thompson Trail, often rated as one of the best hikes in Arizona. Featuring wildflowers, towering pine trees, and a winding creek, the trail was certainly a highlight for me. Another great White Mountains hike can be found at Mount Baldy, which has two trailheads along Highway 273.

While the Grand Canyon is undoubtedly the most spectacular of Arizona’s canyons, that doesn’t mean there aren’t other Arizona canyons that could be described as grand. Case in point: the Salt River Canyon, a spectacular gorge that is located within a wilderness area in the Tonto National Forest in southeastern Arizona.

And unlike the Grand Canyon, which is largely accessible only by foot or on a mule, the Salt River Canyon features a scenic route that takes drivers through the steep canyon, dropping more than 2,000 feet in elevation and then climbing back up the other side.

There are many worthwhile attractions along the way, including the historic towns of Superior and Globe, the Picket Post hike in the Superstition Mountains, and Boyce Thompson Arboretum.

Highlights of the Trip: The views from the overlooks along the scenic drive are amazing, and I recommend pulling over as often as you can to get a closer look. I also loved the beautiful old Gila County Courthouse in Globe, which has been repurposed as the Cobre Valley Center for the Arts.

When it comes to unique desert terrain, the little town of Ajo and the nearby Organ Pipe Cactus National Monument have a legitimate claim to fame: Although the distinctive organ pipe cactus can be found throughout Mexico, the Ajo-area national monument features the only place in the U.S. where the multi-pronged cactus can be found in abundance.

And that is far from the only fascinating feature of this area located in the far southern reaches of Arizona, just miles from the U.S./Mexico border. It is also home to the strikingly beautiful Ajo Mountain Scenic Route, hikes to rock arches located high above the deserts floor, and the picturesque little town of Ajo.

The drive from Ajo to Organ Pipe Cactus National Monument is only 15 miles long, but that short distance packs in an incredible amount of scenery – from the rugged peaks of the Sonoran Desert to the variety of cacti, including organ pipe, saguaros, and ocotillos.

Highlights of the trip: The Ajo Mountain Scenic Route is a not-to-be-missed feature of the Organ Pipe Cactus National Monument. It allows drivers and cyclists to get deep into the rugged desert terrain. Another highlight is the lovely town square in Ajo, a historic copper-mining town featuring a Spanish Colonial Revival-style square.

Posted on January 2, 2022 by nearandfaraz