Warning: A visit to Maine might turn you into a lobster snob 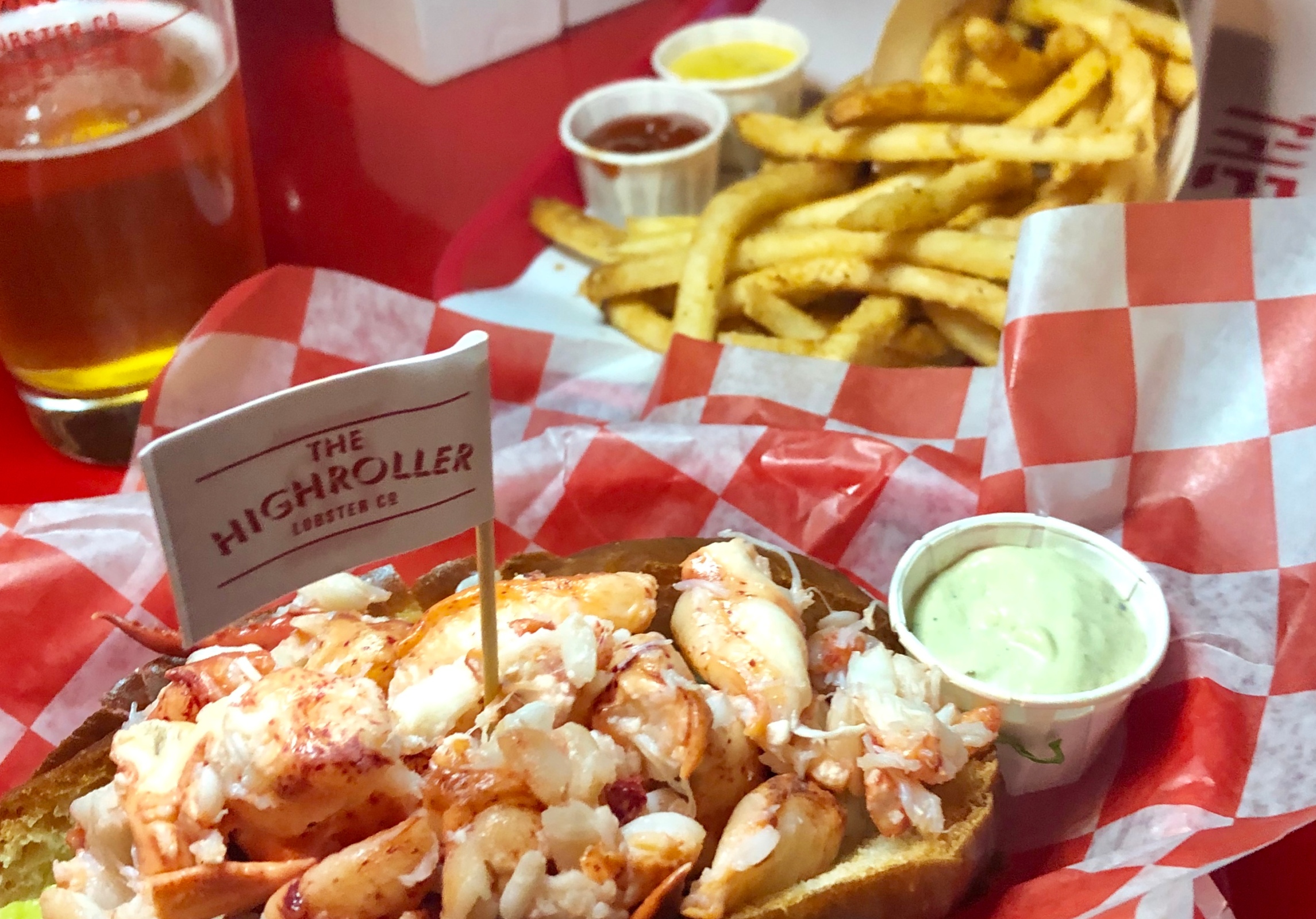 Even before my recent visit to Portland Maine, the words “Maine” and “lobster” were inseparable for me – kind of like Idaho potatoes or Wisconsin cheese.

And it didn’t take long after arriving in Portland to realize that in the case of the vaunted Maine lobster, it’s no hype. The lobster is simply that good.

In fact, after my week and a half in coastal Maine, I may be ruined forever for prepackaged, shipped, or previously frozen lobster. I have to say it: A visit to Portland is almost certain to change the way you look at lobster.

Certainly, going into my Portland trip, my lobster standards were fairly low.

As a lifelong resident of landlocked locales, lobster has been an occasional treat for me – a celebratory meal or a holiday extravagance limited mostly to chain seafood restaurants.

Even in a pre-prepared form, though, lobster has always epitomized a gastronomic indulgence for me. Still, I always suspected there was more to the ruddy crustacean than what I was getting.

My week and a half in Maine confirmed it. Virtually every restaurant I tried in Portland served amazing lobster – sweet, succulent, tender, and plentiful.

I still don’t consider myself an expert, but after eating lobster virtually every day for my 10-day Maine visit, I learned a few things

Here are five reasons a visit to coastal Maine might make you a bit of a lobster snob:

You can’t be in Maine for more than a few hours without realizing that lobster rolls are a culinary phenomenon. I had done a bit of research before my trip, and I knew going in that I wanted to try a few different versions of the Maine classic.

So upon my arrival at the Portland International Jetport airport, I headed to nearby Scarborough for my first taste of true Maine lobster at Bite into Maine, a little storefront cafe that specializes in creative versions of lobster rolls.

Faced with a half-dozen choices, I opted for the Maine-style roll, served with mayo and fresh chives. I watched from the counter as the chef buttered the roll and then grilled it to a golden crisp, before filling it with a mound of lightly mayo-ed chunks of fresh lobster.

The slightly sweet mixture served on the buttery roll was just the thing to make my long day of travel worth it. 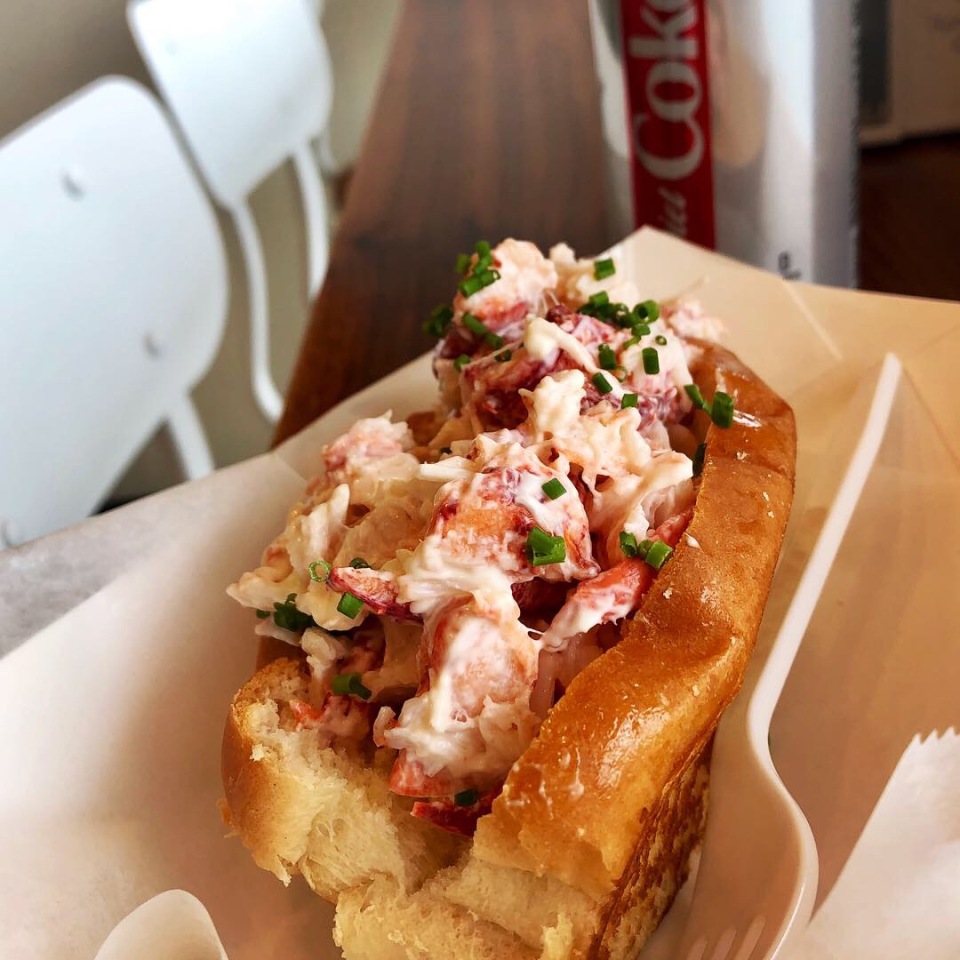 A few days later, along with a few fellow attendees at the Women in Travel Summit conference, I went in search of a late-night lobster-roll meal. With many seafood spots to choose from, we ended up at High Roller Lobster Co., a diner-style spot in downtown Portland.

It took a bit of time to get seated and served on that busy Saturday night, but the food made it all worthwhile. When my order arrived, the lobster sandwich was enormous and tasty. Served on a brioche roll alongside a generous cup of crispy seasoned fries and a side of wasabi-mayo, it was among the best meals of my trip. High Roller’s fun atmosphere and the accompanying local craft beer made for the perfect outing. 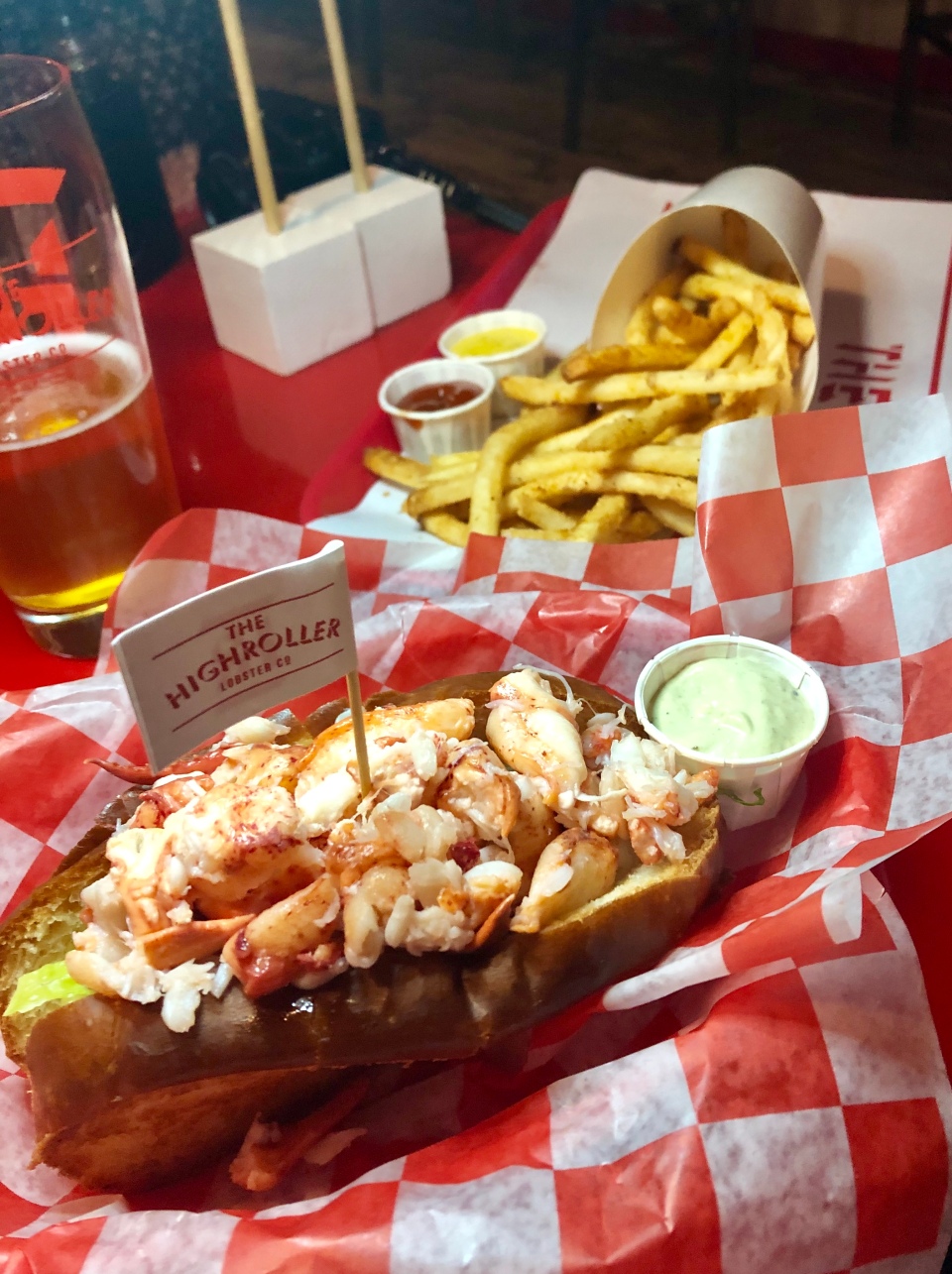 On the recommendation of two locals I had met on my first day in town, I headed to J’s Oyster that evening. The two women had told me that although J’s is a local favorite, it doesn’t always get the attention it deserves on foodie lists.

That’s a shame, because J’s – located right in the midst of Portland’s Old Port – was a great spot for some authentic Portland atmosphere. The place was abuzz on that weeknight, and I quickly took the only spot remaining at the bar.

A regular customer sitting next to me recommended that if it was going to be my only meal at J’s, I should try the lobster scampi. Great choice! I’ll have to say it blew shrimp scampi out of the water. Rich with butter, garlic, pasta, and lobster, the dish was much more than I could possibly eat, but completely delicious. 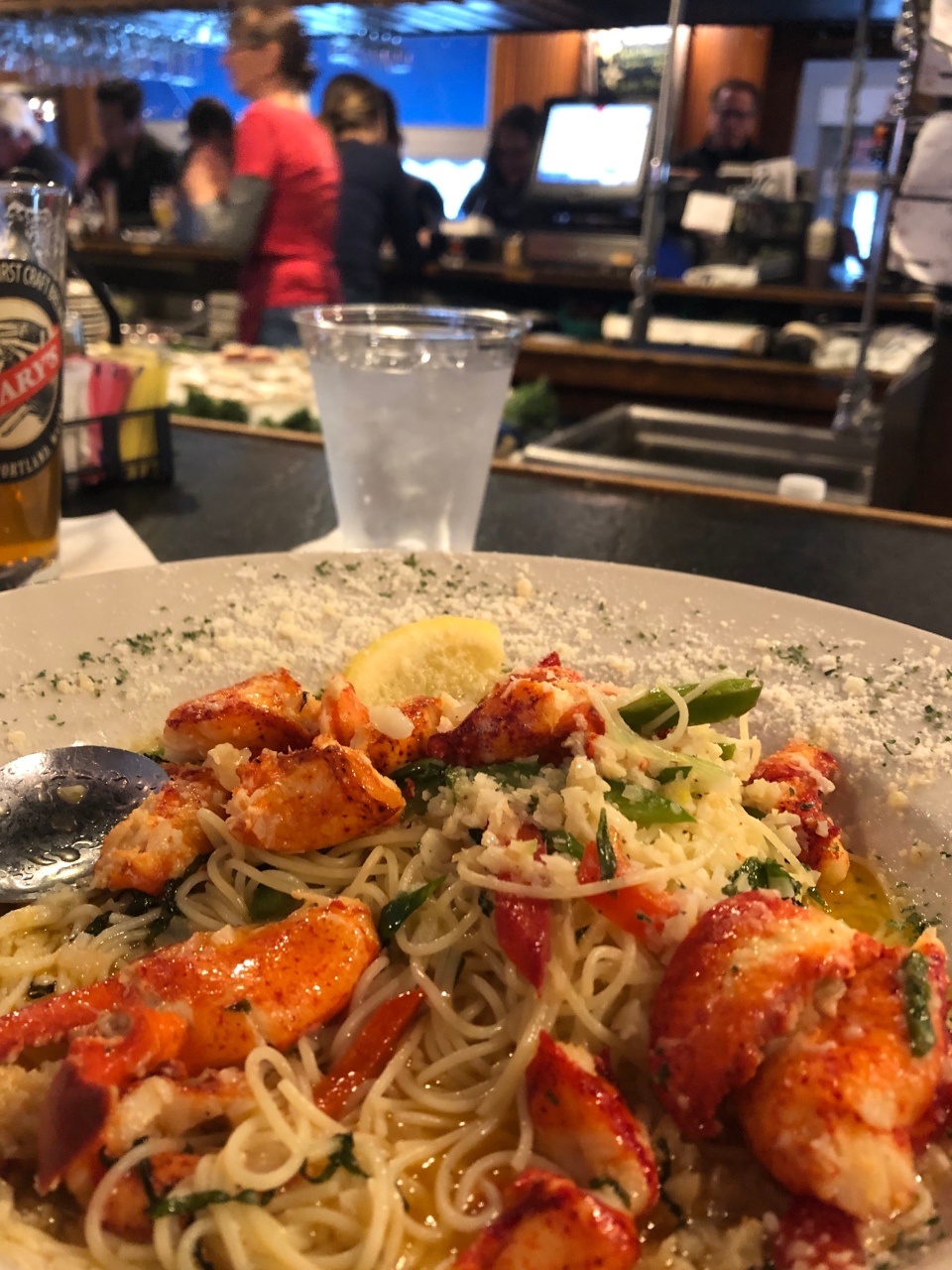 A NEW KIND OF ‘STEW’

When I heard another customer ordering lobster stew while eating at J’s Oyster, I immediately imagined a thick seafood concoction. I couldn’t have been more wrong. It turns out lobster stew is a cream-and-sherry based soup that is not thickened, beyond the generous portion of lobster.

When my neighbor at the bar at J’s couldn’t stop raving about her lobster stew, I decided I needed to try the Maine creation at some point in my visit.

The opportunity came on a chilly Maine afternoon, after I had spent a windy few hours on a lobstering boat. I was cold and hungry when I entered the little Gilbert’s Chowder House on the Portland waterfront, and soup sounded like the perfect meal.

Instead of Gilbert’s signature chowder, though, I decided this was my chance to try lobster stew. Another great choice. The large serving of stew, along with a cold Shipyard beer, was just the thing to warm me up on that May day. 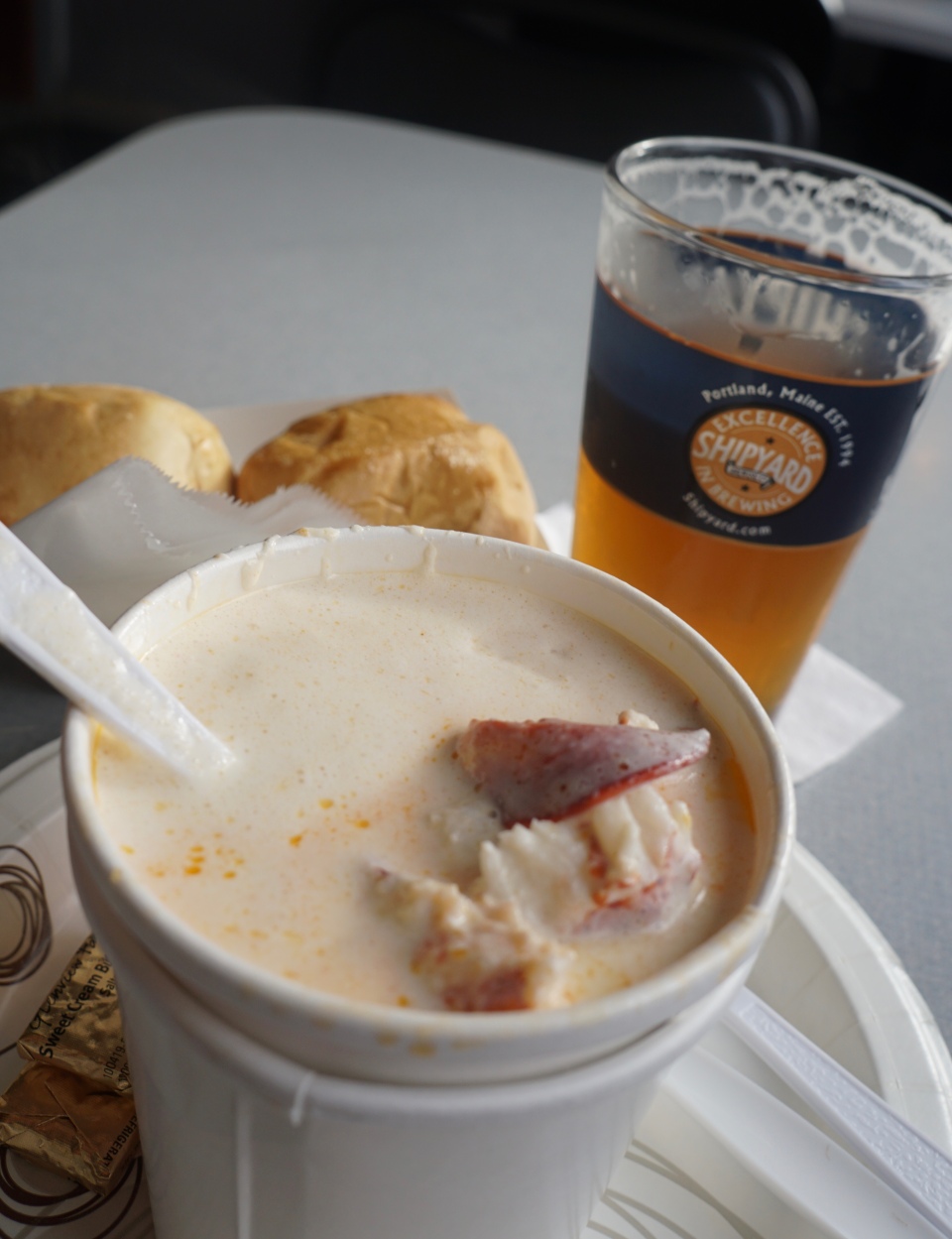 There were a few things that distinguished Portland’s lobster offerings from anything I had ever experienced before. One had to be the generous portions.

From the rolls to the scampi to the stew, everything I tried came with plenty of lobster meat. No lobster “garnishes” here.

Prices were fairly consistent everywhere I went too. Lobster rolls cost between $18 and $21, and my lobster scampi came in at $26.50.

Other great seafood meals I had in Maine, such as fish and chips at Becky’s Diner, garlic mussels and focaccia at Geddy’s in Bar Harbor, and crab and corn chowder at the 1912 Cafe in the LL Bean Flagship store in Freeport, were in the $10 to $12 range. 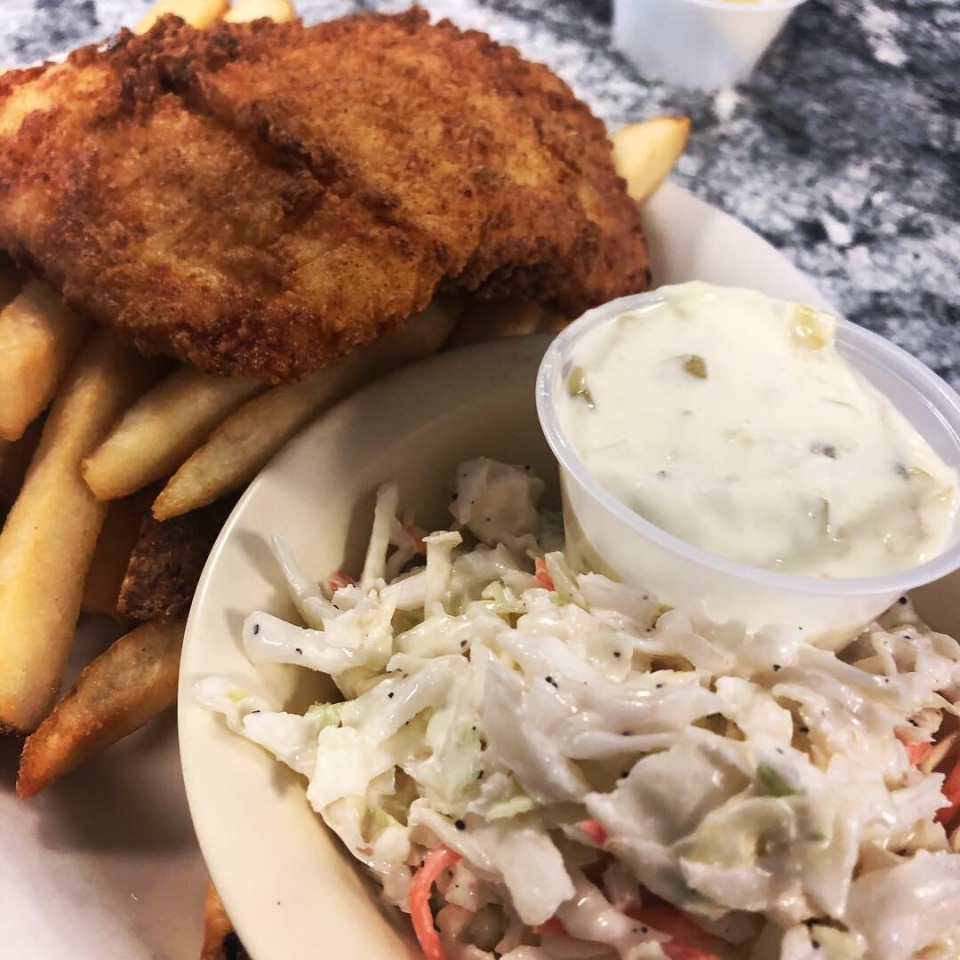 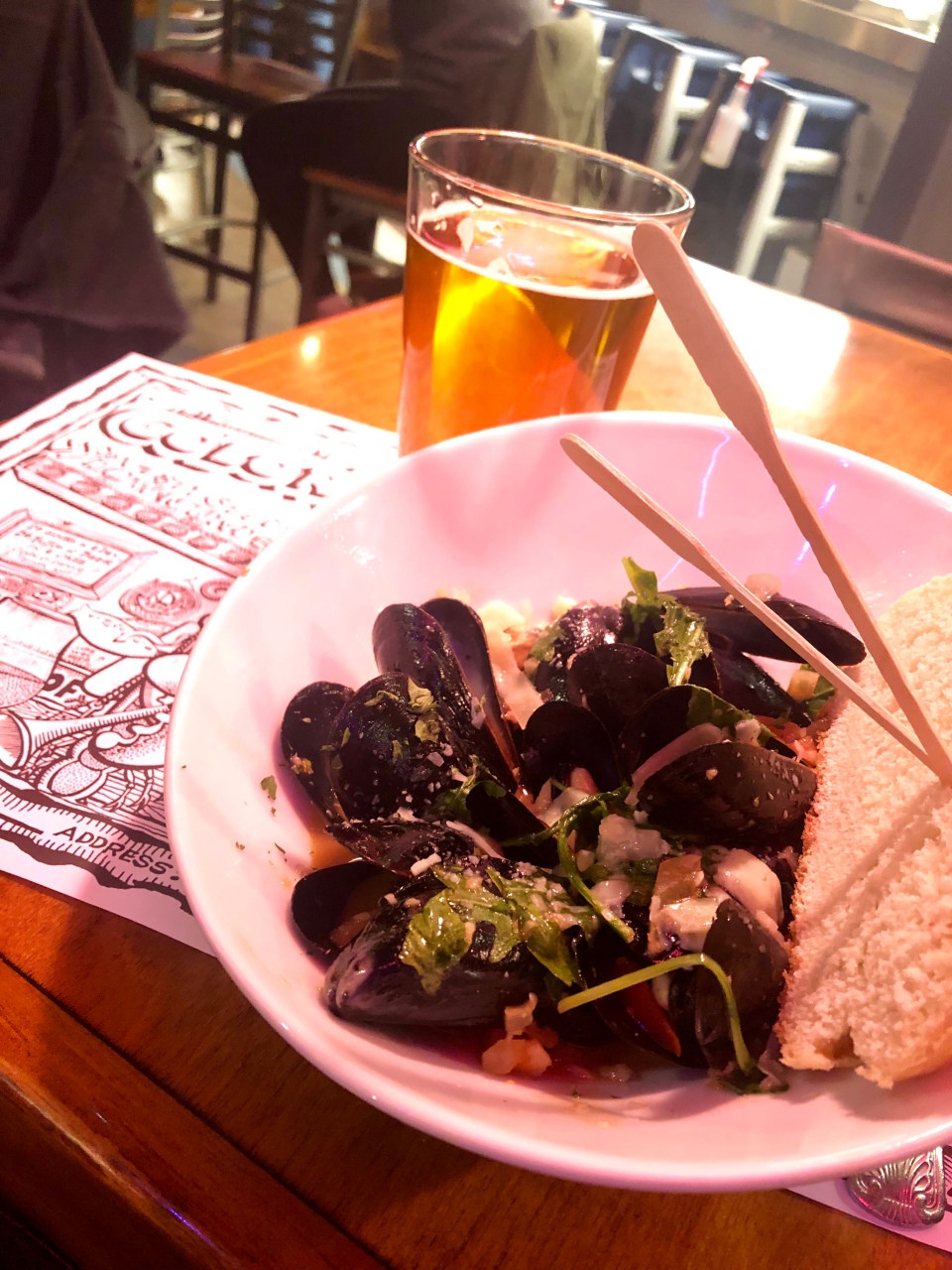 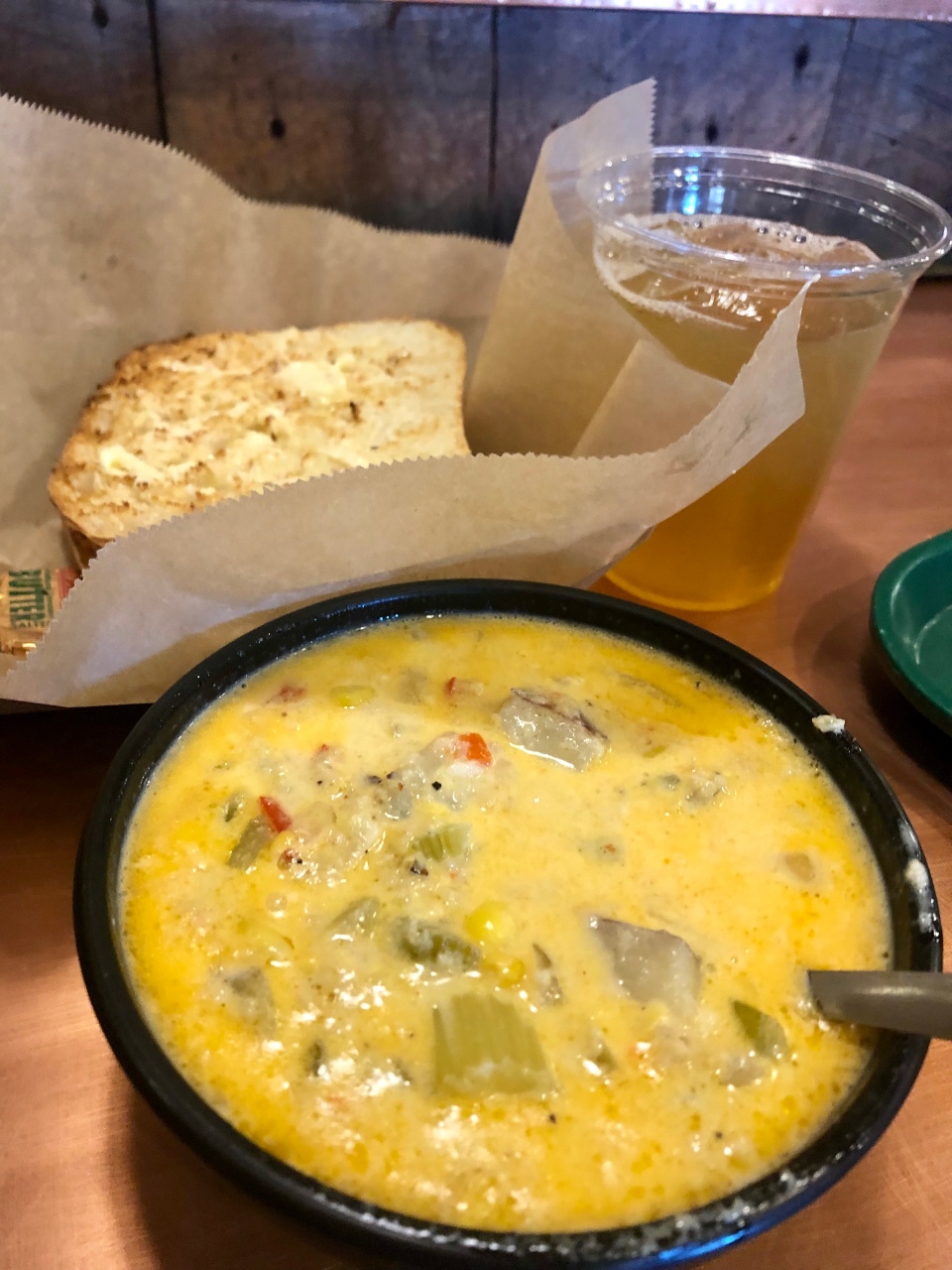 IT DOESN’T GET ANY FRESHER

Another thing you will come to expect in Portland is that the lobster will be fresh-caught, and never frozen.

A couple of the places I tried, such as High Roller Lobster Co., include that promise right on their websites.

I also heard it from employees at other food establishments, such as the clerk at a whoopie-pie bakery, who asked me about the eateries I had tried during my stay.

He agreed with several of my choices and suggested a few more, and then summed up what I had sensed: “Anywhere you eat in Portland, you’re going to get fresh lobster.”

That’s not to say you can’t find fresh lobster in plenty of places outside of Maine, but from now on I expect that Portland will always be my measuring stick when it comes to good lobster.

7 Comments on “Warning: A visit to Maine might turn you into a lobster snob”